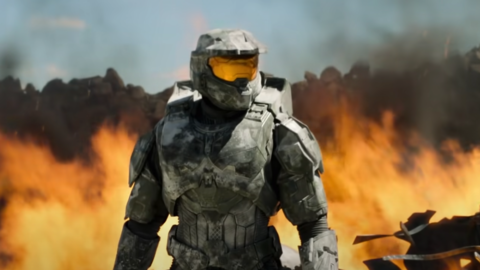 She explained why it was important to show Master Chief’s face, which will be that of actor Pablo Schreiber. “I think we set out to tell a character story and a personal story,” she said. “And once we really got into what that story was, it became clear that you really needed to see the person in the armor and under the helmet.”

Wolfkill made it very clear: “You will see his face.” Wolfkill went on to say that she understands and respects those who do not want to see Master Chief’s face, but it was important for the story to finally reveal his face.

“For some people, it’s been a moment 20 years in the making, and for other people it is something that feels very hard to imagine,” Wolfkill said. “We absolutely respect both sides of that fence, those who really want to see Chief’s face and those who really don’t. But for the nature of this story, it felt really important to connect with the Master Chief in a different way, and that meant showing the face.”

The Halo TV series has its own canon, known as the “Silver Timeline,” so what happens on the show doesn’t necessarily impact the games or other media.

Set for release on Paramount+ on March 24, the Halo TV series also features Natascha McElhone as Dr. Halsey. Jen Taylor, who voices Cortana in the video game series, will play Cortana on the show as well.

Paramount+ apparently has a lot of faith in and excitement for the Halo series, as it’s already announced Season 2.

In other news, Microsoft recently announced that Halo Infinite set a new record for the biggest launch in franchise history, reaching 20 million players already. Xbox overall is doing great, too, having just achieved its biggest year in the 20-year history of Xbox when it comes to revenue.

Millions Of California Residents To Receive Up To $1,050 For “Inflation Relief”

Here’s 16 electricity-free things to do during Earth Hour

Millions Of California Residents To Receive Up To $1,050 For “Inflation Relief”