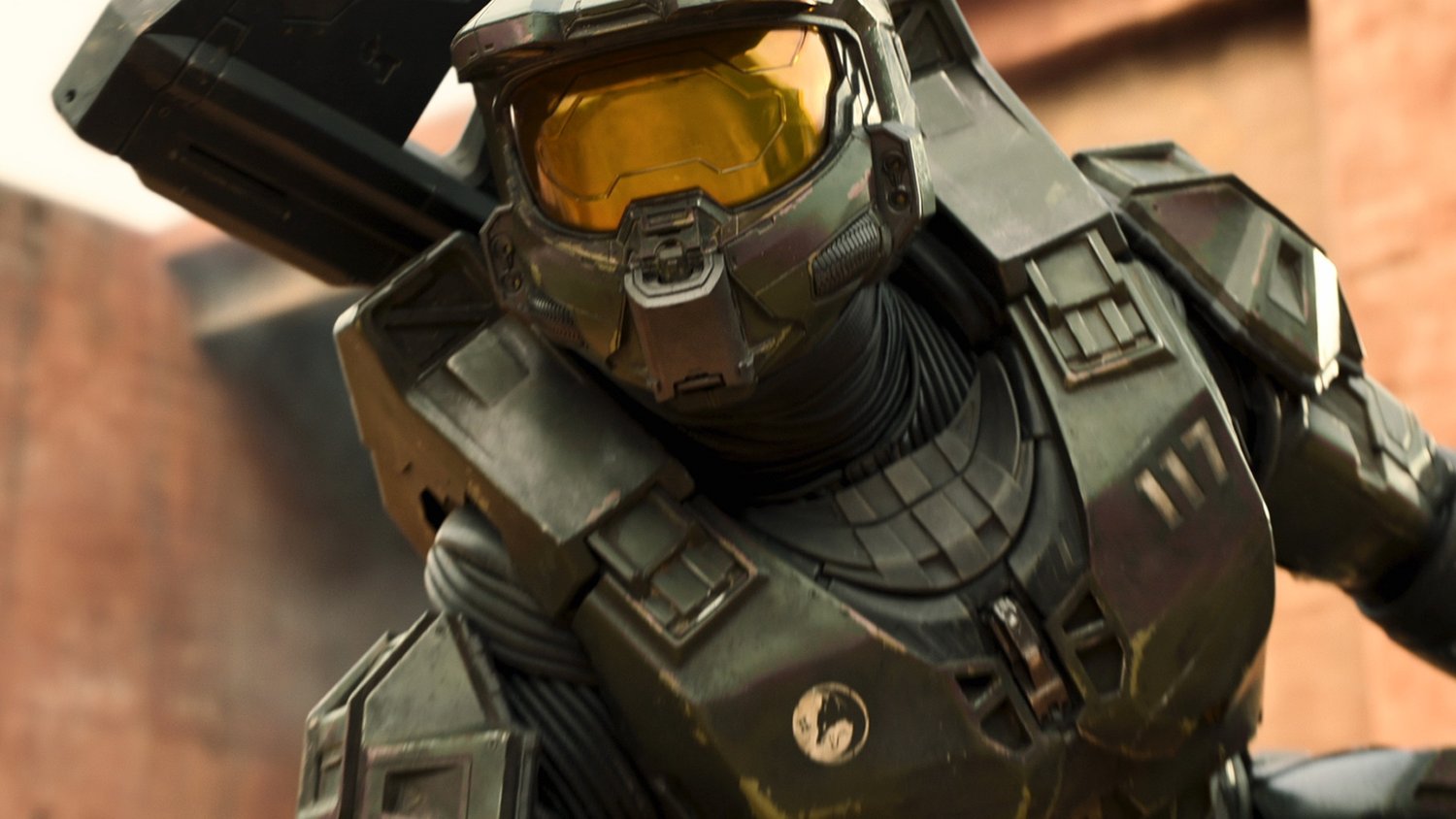 For the first time in the Halo franchise, Master Chief’s face will be revealed, and that will come in the upcoming Steven Spielberg-produced Halo series coming to Paramount+.

I’m all about keeping the face of Master Chief a mystery. I wish they would have done that with Boba Fett! It was done for Karl Urban’s version of Judge Dredd in Dredd and that turned out awesome! No one complained when they didn’t show his face! But you can bet fans will complain about Master Chief showing his face.

In a recent interview with IGN, Halo producer Kiki Wolfkill explained why we’ll see the face of John-117, played by Pablo Schreiber in the show:

“I think we set out to tell a character story and a personal story. And once we really got into what that story was, it became clear that you really needed to see the person in the armor and under the helmet.”

While they will show Master Chief’s face, the creators of the series still want to respect the fans who feel that Master Chief needs to keep his helmet on. Wolfkill says:

“For some people, it’s been a moment 20 years in the making, and for other people it is something that feels very hard to imagine. We absolutely respect both sides of that fence, those who really want to see Chief’s face and those who really don’t. But for the nature of this story, it felt really important to connect with the Master Chief in a different way, and that meant showing the face.”

Regardless, I’m still looking forward to the series. Judging from what I’ve seen, it looks great. What do you think about Master Chief’s face being revealed in the series?

The series follows the “epic 26th-century conflict between humanity and an alien threat known as the Covenant, Halo the series will weave deeply drawn personal stories with action, adventure and a richly imagined vision of the future.” It’s was also previously revealed that the show is set in what is called, the Silver Timeline.

Master Chief is described as Earth’s most advanced warrior and “the only hope of salvation for a civilization pushed to the brink of destruction by the Covenant, an unstoppable alliance of alien worlds committed to the destruction of humanity.”

Share
Facebook
Twitter
Pinterest
WhatsApp
Previous articleDestiny 2: Season Of The Risen Trailer Shows You Fighting Alongside The Cabal
Next articleI Consider These 40 Songs To Be Modern Day Classics — I Want To Know If You Think Humans Will Be Listening To Them In 100 Years
RELATED ARTICLES
Films

Coca-Cola Announces “Space Flavored” Soda and I Can’t Wait to See What Space Tastes like! — GeekTyrant

The Possibilities Inspire: A Review of ‘Check Your Financial…