The Story of How Charlize Theron Lashed Out at Tom Hardy on the Set of MAD MAX: FURY ROAD — GeekTyrant 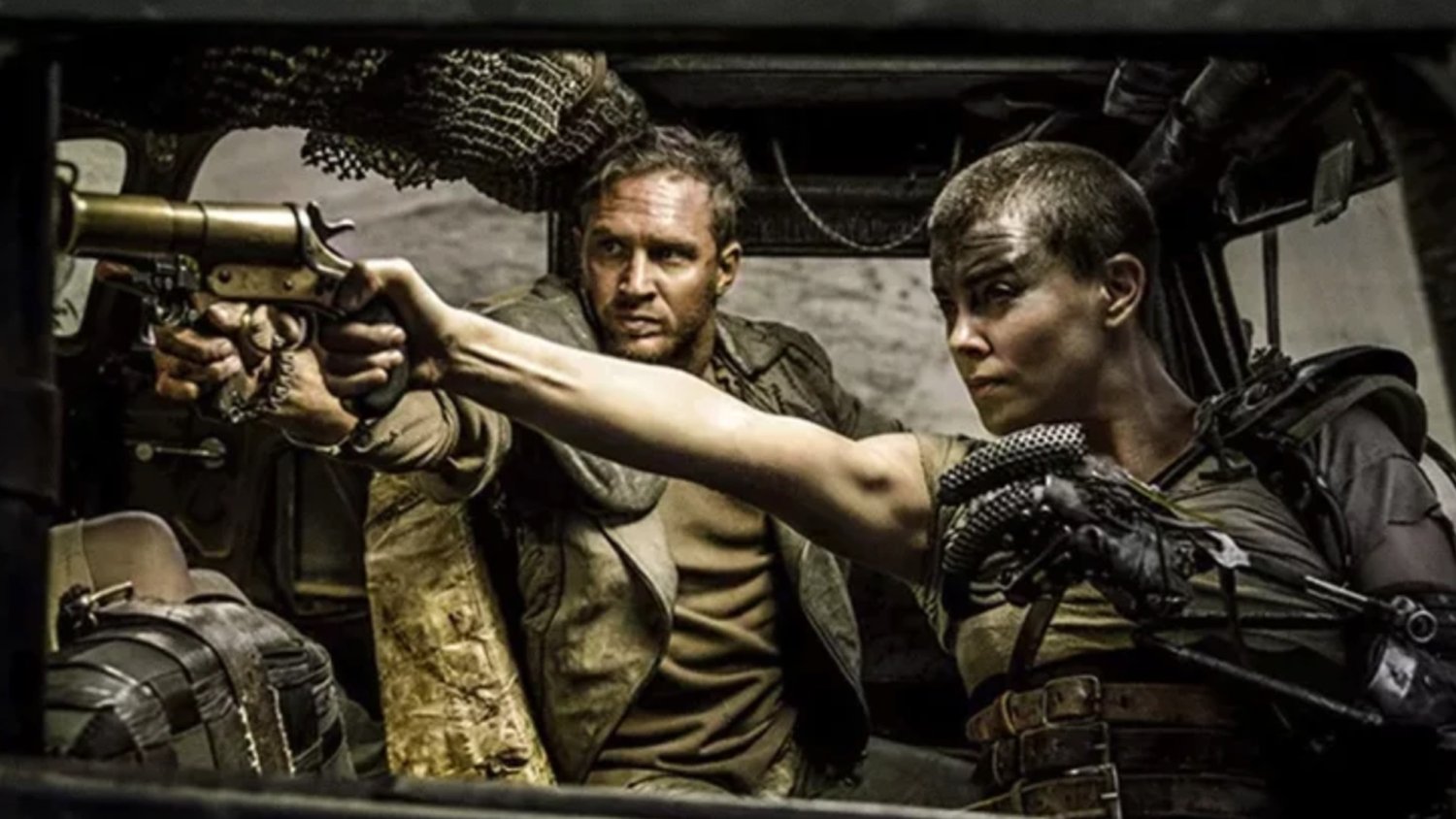 It’s no secret that Charlize Theron and Tom Hardy did not enjoy working with each other on director George Miller’s Mad Max: Fury Road. While Fury Road is an action movie masterpiece, it was not an easy film to make, especially when the two lead stars couldn’t get along with each other.

The two actors have opened up about their conflicts in the past and admitted to their faults and taken responsibility for why they didn’t get along. All of the other actors on the set talked about the tension between the two and the moments of frustration and anger.

A new book from Kyle Buchanan about the film, titled Blood, Sweat & Chrome, goes into the gritty details of what it was like shooting this movie and offers some wild and crazy behind the scenes stories. One of those stories involves a time during production when Theron lashed out at Hardy for being late on set while shooting in the Namib Desert.

The story comes from Camera operator Mark Goellnicht and it’s a day that he remembers “vividly,” in which Hardy’s reluctance to show up to work on time made Theron blow up.

“The call on set was eight o’clock. Charlize got there right at eight o’clock, sat in the War Rig, knowing that Tom’s never going to be there at eight even though they made a special request for him to be there on time. He was notorious for never being on time in the morning. If the call time was in the morning, forget it — he didn’t show up.”

First assistant cameraman Ricky Schamburg went on to say that he was unsure whether Hardy’s deliberate decision to arrive late on set, “but it felt deliberately provocative. If you ask me, he kind of knew that it was really pissing Charlize off, because she’s professional and she turns up really early.”

It’s always crazy to me,that actors like Hardy, who are lucky enough to break into a hard industry like acting and actually get to have such a freakin’ cool job, end up being assholes and treat other people with disrespect. You’d think they’d be grateful and respectful.

Anyway, Hardy showed up three hours late to set that day, while Theron waited in the War Rig with full costume and makeup on. When Hardy did finally show up, Goellnicht explained:

“She jumps out of the War Rig, and she starts swearing her head off at him, saying, ‘Fine the fucking cunt a hundred thousand dollars for every minute that he’s held up this crew,’ and ‘How disrespectful you are!’ She was right. Full rant. She screams it out. It’s so loud, it’s so windy — he might’ve heard some of it, but he charged up to her and went, ‘What did you say to me?’”

Goellnicht added, “He was quite aggressive. She really felt threatened, and that was the turning point.” After the confrontation went down, Theron had producer Denise Di Novi come down to the film’s set to shadow her and ensure there would be no further conflicts. Theron said:

“It got to a place where it was kind of out of hand, and there was a sense that maybe sending a woman producer down could maybe equalize some of it, because I didn’t feel safe. I kind of put my foot down. George then said, ‘Okay, well, if Denise comes…’ He was open to it and that kind of made me breathe a little bit, because it felt like I would have another woman understanding what I was up against.”

Hardy had this to say about the confrontation:

“In hindsight, I was in over my head in many ways. The pressure on both of us was overwhelming at times. What she needed was a better, perhaps more experienced partner in me… I’d like to think that now that I’m older and uglier, I could rise to that occasion.”

All the guy had to do though was be on time! Is it really that hard to be on time and be respectful of other people’s time and money? I learned that when I was a kid. Actors can be crazy. I’m glad that Theron went off on him.

In Praise of Citizen Ruth