Book Review: Only a Monster by Vanessa Len 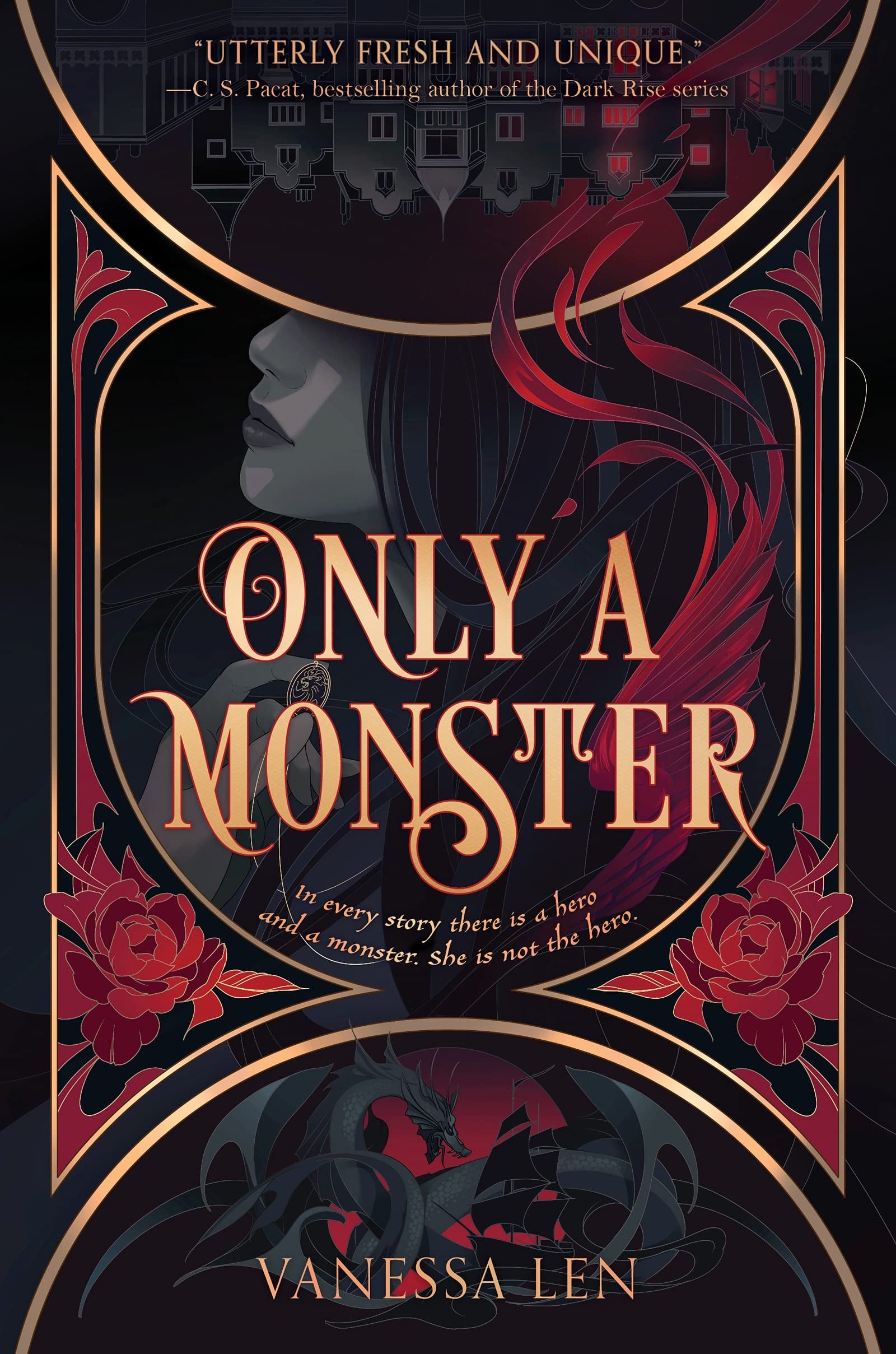 The life of 16-year-old Joan Chang-Hunt, the protagonist of Vanessa Len’s young-adult fantasy “Only a Monster,” isn’t exactly normal, but it’s really her family’s fault. Joan spends every summer wedged into the large London home of her grandmother, cousins, aunts, and uncles, who are known for their eccentric fashion tastes and habit of discussing art heists over breakfast. Joan loves them, but she doesn’t exactly fit in: she’s half-Chinese, she lives with her dad most of the time, and she’s pretty ordinary apart from a more-passionate-than-usual obsession with history.

That summer, though, Joan accidentally discovers what she truly is: half-human, half-monster, a creature with the ability to travel through time by stealing it from humans and shortening the human’s lifespan as a result. What’s worse, her whole family — the strange, funny people she loves — have been doing this all their lives, poaching years from the unsuspecting humans around them. It’s a betrayal Joan can barely even process before a horrific tragedy strikes, dumping her into a monster world she knows almost nothing about. The only person who can help her is Aaron Oliver, the disgraced scion of a rival monster family whose own motivations are shady at best.

Aaron and Joan travel back through time and search for a way to undo what happened, even though messing with the timeline is strictly forbidden. Stuck in the 1990s, Joan still can’t stop thinking back to the present day and to Nick, the boy from her summer job who wasn’t the normal human he appeared to be. Nick and Joan’s paths are destined to cross again, tangling them both in a storyline that’s part fairy tale, part legend, and brings them to the heart of the mysterious Monster Court and the foundational truths underpinning this secret world.

If the magic system sounds a little crowded, well, it is. Len juggles it well, though, and the complexity comes off as fascinating rather than confusing. Besides the time travel, there’s a breakdown of the different monster families that share London amongst themselves, each family with its own special power and talent: “Olivers see. Hunts hide. Nowaks live. Patels bind . . .” It’s a world with nooks and crannies and side alleys that you want to hang around and explore, and Len gives you just enough of a taste to leave you wanting more.

The problems Joan faces within this layered fantasy world have the highest possible stakes, and she’s a solid heroine, brave but scared, fascinated and terrified by her own mysterious powers. The ending was one of the best parts of the book, an intriguing twist that forced Joan to confront the potential for darkness within herself. Her romance with Nick, though, did feel somewhat rushed. The plot quickly pulls them in separate directions, so we never get to experience why their attraction to each other, which is central to the plot, is quite so strong. The juicy enemies-to-? subplot with Aaron, on the other hand, definitely has potential as this apparent series continues.

“In movies, heroes killed monsters all the time. When the camera moved from the monsters’ bodies, you never had to think about them again.

“But when you were the monster, when the monsters killed were the people you loved . . .”

Fairy tales with a wicked twist.

This novel can check off more than one 2022 POPSUGAR Reading Challenge prompt; just pick the one that fits best for you.

How Long It Takes to Read

“Only a Monster” moves fast but it’s complex and on the heftier side at 403 pages. I’d give it a week to a week and a half.

With “Only a Monster” ($17), Vanessa Len creates a fresh and wholly unexpected world, where dark, time-stealing magic runs alongside the reality we thought we knew. It’s the perfect combination of dark and charming, and Joan Chang-Hunt is a heroine worth rooting for.

‘Remember the Titans’ Cast: Where Are They Now

How E-cigs Can Alter Your Brain, Heart, Lungs and Colon