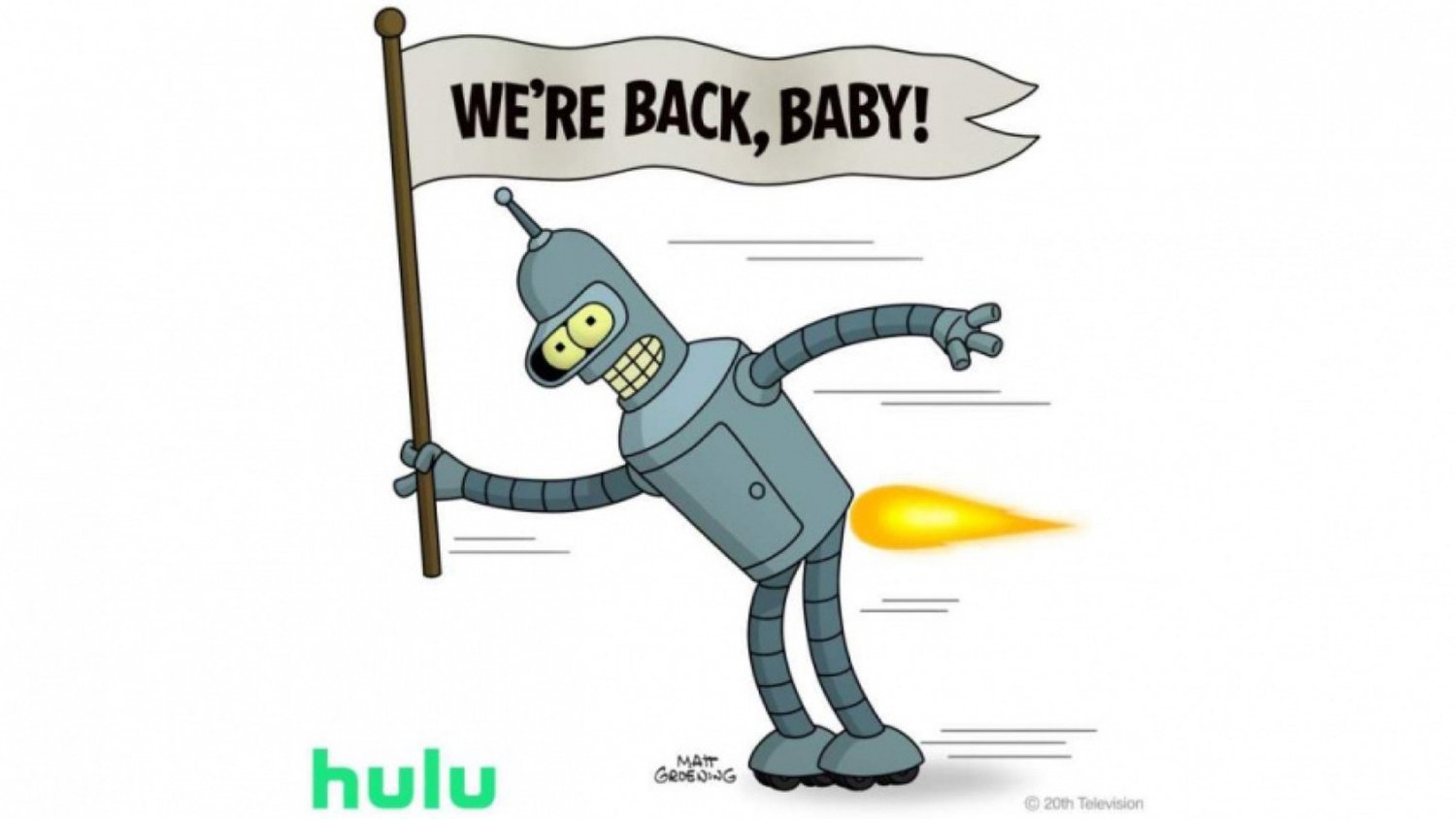 When it was first announced that Hulu was developing a Futurama revival series, the only original cast member that hadn’t signed on at the time was John DiMaggio, who provides the voice of Bender. He was negotiating for a bigger paycheck and it looks like he and the streaming service managed to work things out!

John DiMaggio has announced that he has closed a deal to reprise as the robot Bender and an assortment of other characters in the revival. The actor shared:

“I’M BACK, BABY! So damn grateful for the love and support of fans and colleagues alike during this whole time (especially my wife, Kate), and I cannot wait to get back to work with my Futurama family. #Bendergate is officially over, so put it on the back of a shelf behind Xmas decorations, or maybe in that kitchen drawer with all of the other crap you put in there like old unusable crazy glue, or maybe even put it in a jar you save farts in. Whatever floats your boat, I don’t care, you get the picture. I’M BACK, BABY! BITE MY SHINY METAL ASS!”

It’s great to hear that both parties were able to get through this and work out a deal. Hulu has ordered 20 new episodes of the series, and the rest of the original voice cast includes Billy West, Katey Sagal, Tress MacNeille, Maurice LaMarche, Lauren Tom, Phil LaMarr, and David Herman.

Creator Matt Groening said in a statement, “From the moment John DiMaggio auditioned last century, we knew we had our Bender. So congrats to everyone at Futurama. We’re all back, baby!”

Creator David X. Cohen added, “John DiMaggio may be a great robot, but he’s also a great human being. Not many people or machines can say that. For the fourth time, it’s a once-in-a-lifetime thrill to be back with our entire original cast and the phenomenal animators of Rough Draft Studios!”

Futurama focuses on the life of Philip Fry (Billy West), a 25-year-old pizza delivery boy who accidentally freezes himself on December 31, 1999 and wakes up 1,000 years later with a fresh start at life and a “diverse” new group of friends including Leela (Katey Sagal), a tough but lovely one-eyed alien and Bender, a robot who possesses human characteristics and flaws.

Futurama will premiere on Hulu in 2023. Are you happy to hear that DiMaggio will be back as Bender?!