Never in all my career have I ever witnessed such stupidity. While the majority are cheering the sanctions imposed on oligarchs, nobody seems to realize that what goes around, comes around. In total there are almost 3,000 American companies in Russia, and the U.S. is also the leader in terms of foreign companies in Special Economic Zones, with 11 projects. 3M Abbott Laboratories AbbVie AECOM Air Products Albermarle Chemicals Representative Office Alcoa SMZ (Alcoa Russia) American Express Russia & CIS AmeRussia St.Petersburg, Russia. Here is a list of just a handful of American companies.

We have the worst crop of world politicians probably in human history from Biden and Trudeau to people like Macrone and Johnson, all the way to the totally incompetent leader of Ukraine – Zelensky. While the world blames Putin, not a single voice is willing to assign any responsibility to Zelensky or even just answer the question why has he refused to yield? 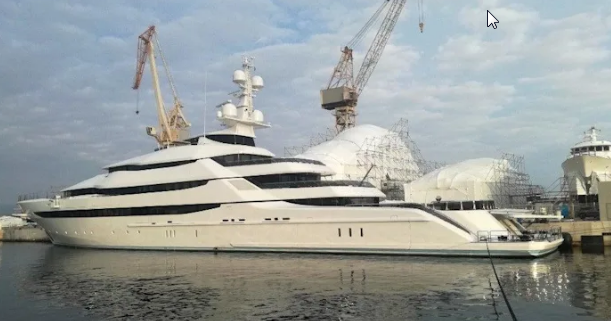 France has seized the yacht belonging to Igor Sechin, on the simple grounds that he is a top Putin ally and the head of state oil firm Rosneft, according to Bloomberg reported. While this will bring cheers from the peanut gallery that hates Putin, they seem to think that this is a one-sided game. Both Russia and China has vast amounts of American and European investment when we had a world economy.

The hatred of Russia in the United States has been propagated by the military for they always need an enemy to justify more money. This is true of NATO as well. With evil Russia, why have NATO? They turned terrorism into a major funding source and they knew about 911 and made sure it succeeded for that gave birth to the Patriot Act, financial tracking, and you have to take off your shoes to get on a plane.

Perhaps you will recall that Obama attempted to block Russia from the world economy as a whole removing them from the SWIFT system entirely!  Obama starting this idea of a sanction that I warned back in 2013 would lead to World War III. Obama went too far and his conspirator Christine Lagarde began threatening all tax havens that they will be removed from the SWIFT system if they do not give up all foreign accounts. Lagarde even threatened the Vatican. 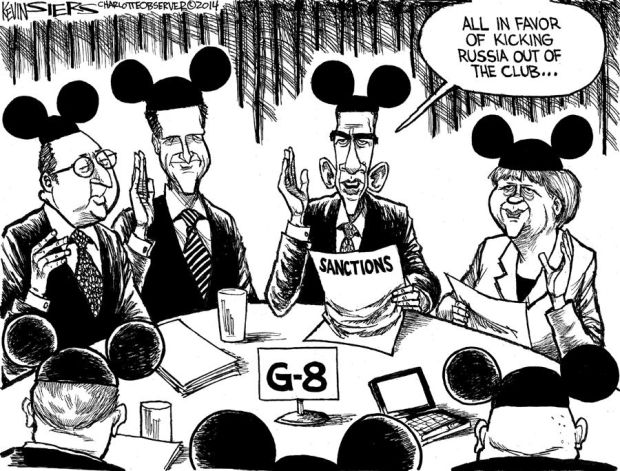 Back then, the international payments financial organization SWIFT refused to cut off Russia from all international financial flows. The organization announced that it had received appropriate policy prompts. However, it would not be forced to violate international law at the direction of Obama. The incident revealed that it was Obama who came up with this idea. His personal hatred of Putin resulted in the ejection of Russia as a G8 member all over Crimea which was dominantly Russian and the people voted to be part of Russia. Nevertheless, the SWIFT system stood firm and that has been a serious mistake now for China is moving full steam ahead with its alternative and that will divide capital on a global scale.

Ukraine and the New Al Qaeda

No Pretrial Injunction in Libel Lawsuit Brought by Prehired