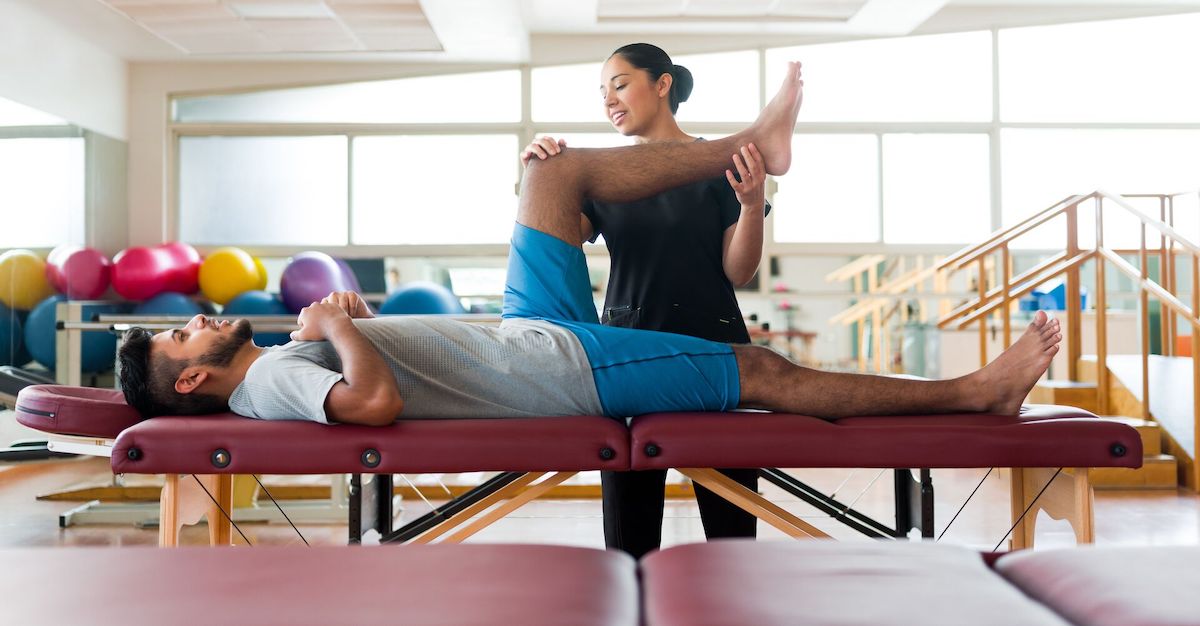 The study found stratified blended physiotherapy, which sorts patients into groups depending on their risk of developing persistent low back pain, did not improve physical functioning compared with face-to-face physical therapy.

However, researchers found that the blended therapy did improve fear-avoidance beliefs and patients’ self-reported adherence to at-home exercises.

“The stratified blended physiotherapy intervention e-Exercise LBP [low back pain] is not more effective than face-to-face physiotherapy in patients with nonspecific LBP in improving physical functioning in the short term,” the study’s authors wrote.

HOW IT WAS DONE

From June 2018 to December 2019, 434 patients with low back pain participated in either blended physical therapy or face-to-face therapy in the Netherlands.

The blended therapy included a smartphone app with self-management information, video exercises and a personal goal-based physical activity module. The duration and content they received was based on their risk of developing persistent low back pain using Keele STarT Back Screening Tool. Those in the face-to-face group received only in-person care according to national guidelines that distinguish between different patient needs, but don’t use a specific tool to stratify care.

Digital physical therapy and musculoskeletal care have become a growing field in the U.S. Some of the larger players, including Hinge Health and SWORD Health, raised nine-figure funding rounds last year.

Earlier this week, RecoveryOne, which also scored $33 million in a Series C round in 2021, launched its own computer vision tool that can track motion and provide feedback to patients on how to perform exercises.

Meanwhile, there are a number of hybrid-care startups in the general health space that aim to integrate virtual and in-person care, including Carbon Health and One Medical.

Researchers noted one limitation of the study could be that patients’ risk of developing persistent low back pain was affecting results.

“Especially in the highest risk group, consistent between-group differences were seen in both the primary and secondary outcomes, supporting the rationale for stratified blended physiotherapy.

“As it was not the primary aim of this study, the sample size calculation did not take interaction into account, the numbers were small, and therefore the results should be interpreted with caution,” the authors wrote.

The CFBPA is not a union, but it’s making demands like one