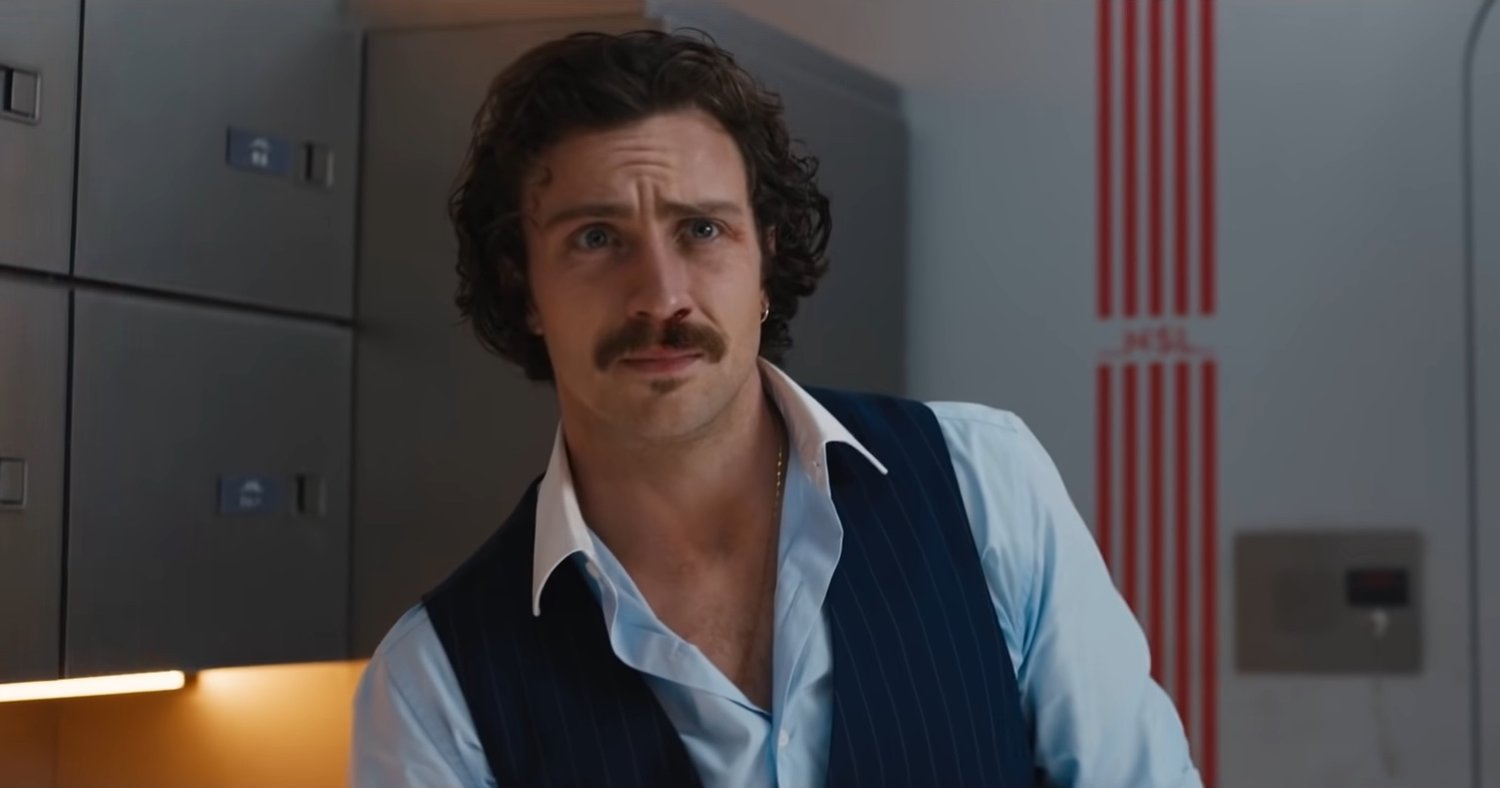 Aaron Taylor-Johnson (Kick-Ass, Avengers: Age of Ultron, Bullet Train) is gearing up to play Sergei Kravinoff/Kraven in the upcoming Sony superhero pic Kraven the Hunter. The actor is learning the stunts and getting prepared, and taking some notes from Spider-Man actor Andrew Garfield. The two actors sat down for a one-on-one interview in the latest issue of HERO Magazine.

Taylor-Johnson started the conversation, telling Garfield, “It comes with its challenges. As you know.” Garfield complimented Taylor-Johnson’s superhero physique, as well as his hair and beard, saying he looked like he was straight out of the comic. Taylor-Johnson then admitted he went back and forth as to whether he wanted to go full comic-accurate with the Kraven look, saying:

“You do come at it from another angle, which is back-to-front for me. It’s like you’re coming at it from the physical aspect, because that’s what you can see from a comic book. You go, ‘Oh, he looks like that, so I have to look like that.’ You see that and then you start to backtrack and dig deeper, and go, ‘This is where he originates from, then he has this relationship and that relationship… You just hope that you’re going to portray something that you can bring to life. There is, again, room for an interpretation and you want to be able to bring something and let it pop off the page. It’s another new challenge, we talk about putting yourself under pressure all the time. I don’t step away from controversial shit, I don’t know what it is, but I’m always drawn to the thing that might actually give me a fucking stroke!”

The pair laughed and commiserated, as they’d just talked about how they love to make movies that push their boundaries and make them feel scared and challenged.

So far, Sony has only revealed that the characters Chameleon and Calypso will be appearing in the film. Beyond that, we aren’t sure yet what other characters from this universe may appear. Taylor-Johnson is joined in the cast by Ariana DeBose, who will play Calypso, as well as Russell Crowe, Fred Hechinger, and Alessandro Nivola in undisclosed roles. The movie is being directed by J.C. Chandor, who wrote and directed the films A Most Violent Year and Triple Frontier, and the script is being handled by writing partners Matt Holloway (Iron Man, Uncharted), and Art Marcum (Iron Man, Uncharted), as well as Richard Wenk (16 Blocks, The Equalizer, The Magnificent Seven).

Teen Mom’s Leah Messer Is Open to Having More Kids