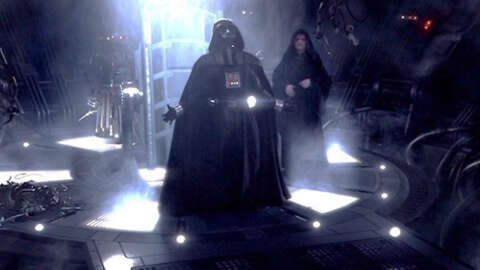 When he last battled Obi-Wan Kenobi, Anakin Skywalker was still a student who was about to get a crash course in what geothermal planetary surfaces could do to his body. By the time the new Obi-Wan series kicks off on Disney+ in May, the man who the galaxy knows as the terrifying Darth Vader will be a much more powerful and influential figure that the former Jedi is hoping to avoid.

“We’re going to see a very powerful Vader,” Hayden Christensen–who steps back into the role for the first time since 2005’s Revenge of the Sith–said to Entertainment Weekly.

“His shadow is cast across so much of what we do,” series writer Joby Harold added. “And the degree of his proximity to that shadow is something that we’ll discover. But he is very much a part of the show emotionally for Obi-Wan, and possibly beyond that as well.”

Vader’s power was on full display in 2016’s Star Wars story Rogue One, in which he efficiently worked his way through a corridor of Rebel Alliance soldiers at the climax of that film. In the Star Wars animated series Rebels, Vader was an almost unstoppable force of nature that the show’s multiple protagonists were hopelessly outclassed against.

Beyond his imposing physical presence and skill in using the Force, Vader has also been portrayed as being a cunning master of politics and mind games in the Galactic Empire, foiling plots that would otherwise undermine his clout in Emperor Palpatine’s regime.

In case you missed it, the first Obi-Wan trailer had plenty to show when it debuted this week, including a first look at the Inquisitor Reva who is played by Moses Ingram from Queen’s Gambit. Obi-Wan Kenobi premieres on May 25 on Disney+.

XeSS, Intel's Answer To DLSS And FSR, Gets Surprise Launch