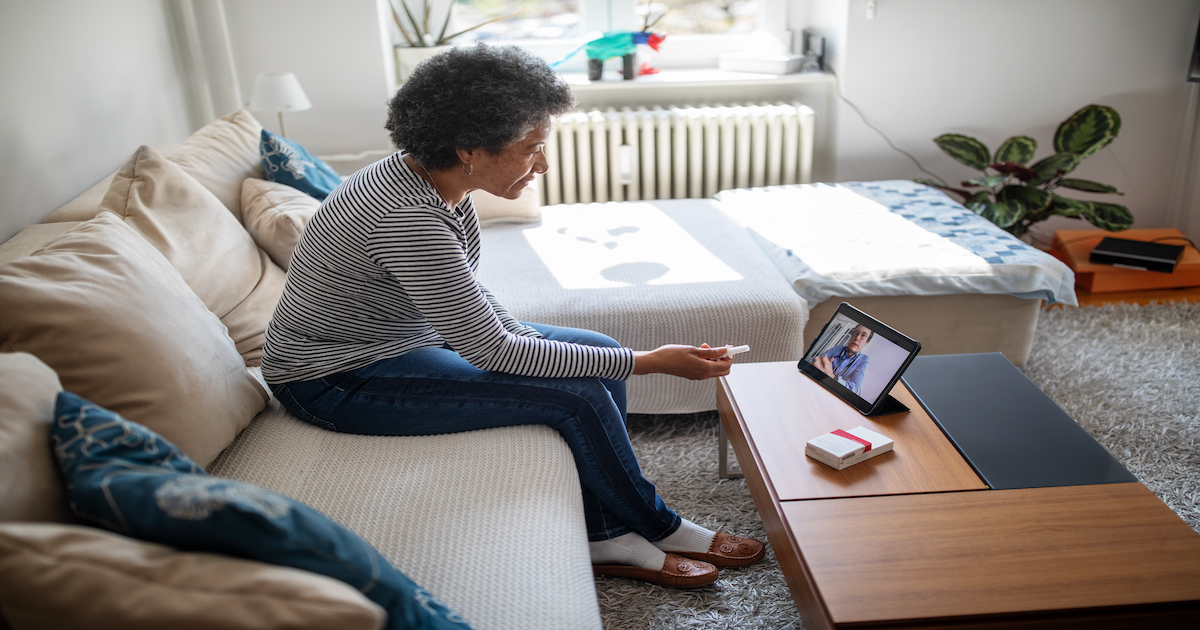 Managing chronic conditions in the home using remote monitoring, virtual care and other tools is an increasingly popular space in digital health.

Chronic conditions, including diseases like diabetes, heart disease and stroke, are common in the U.S. and make up the vast majority of the nation’s healthcare expenditure. The country’s population is aging, but many say they would prefer to stay in their homes as they get older.

“So that’s a key part. Not just making the technology available, but making sure it gets to the home, gets installed, gets the support you kind of need. Because you can’t just pitch it and then hope they catch it and are able to run with it and use it,” he said during a panel discussion at ViVE this week.

Carina Edwards, CEO of Quil, a joint venture between Comcast and Independence Health Group, said that support has to exist for these tools to work for patients and their families. When beta testing the company’s ambient in-home monitoring service, they focused on the unboxing and setup process.

“This isn’t a nine to five thing, it’s not when the vans are available. This is a ‘Hey, I took time off of work to go help mom, to go set up this thing.’ Because mom is receptive enough, as long as it doesn’t get in the way. … The out-of-the-box experience has to be spot on,” Edwards said.

Utilizing in-home technology should also reduce the burden on providers, allowing them to work at the top of their license, said Molly K. McCarthy, national director, health providers and plans, at Microsoft.

“I know a nurse or physician doesn’t want to be going into the home setting up equipment,” she said.

Quil’s Edwards noted it’s also important to figure out how it will work within the clinical workflow and the EHR so that providers aren’t bombarded by alerts and data.

“[We can] work with our provider partners to figure out who’s looking at the data, because it’s one thing to collect a bunch of data,” she said. “If you don’t derive insights, derive action, derive workflow, next steps, it’s all really not going to work for us long term.”

For example, most adults with chronic kidney disease don’t know they have the condition, and they may learn only when they’re facing a serious complication that lands them in the hospital.

“So you can imagine what kind of decision-making you’re actually able to do when you are traumatized, and you’re having to make this life-changing decision. And one of the things that we have been doing is creating analytics that can actually predict ahead of time who might be going down that path,” Rometty said.

“So then prior to the event happening, we know exactly what preference that person has, if and when they do need to go on to dialysis, how they want us to interact with their caregiver – like an oldest daughter, like myself – and really have that plan full before the event happens, if it happens.”

How Manchin and Sinema Completed a Conservative Vision