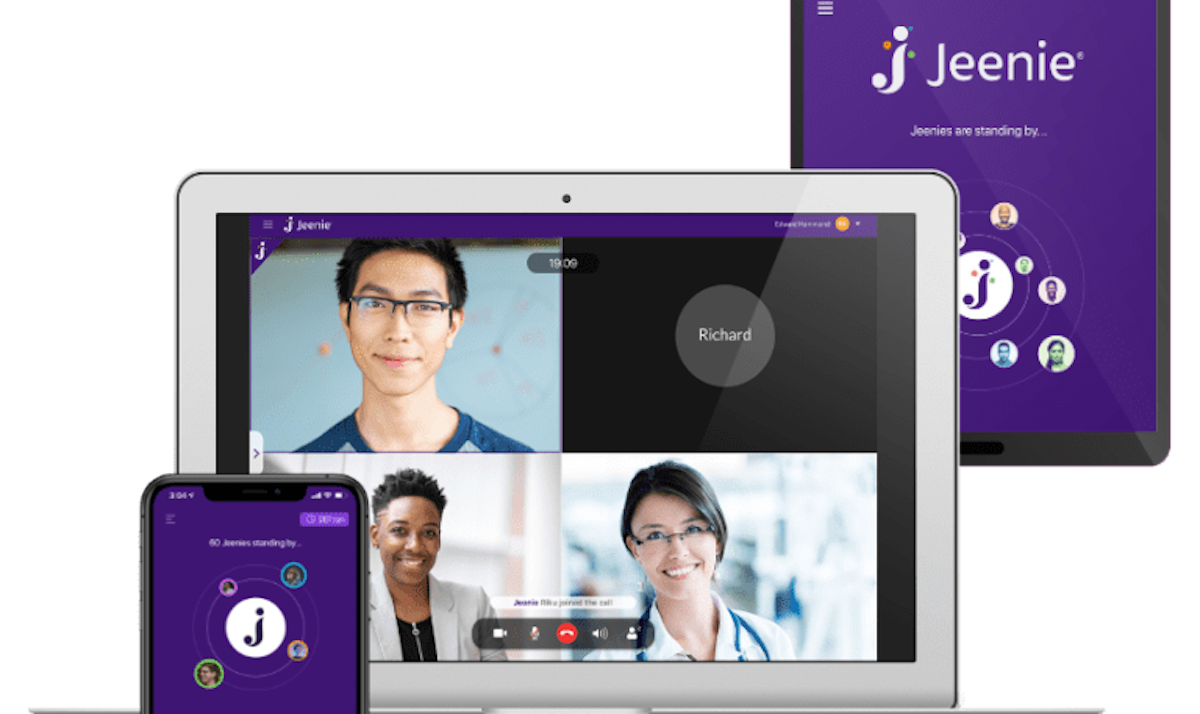 Jeenie, an on-demand digital medical-interpreting platform, announced a $9.3 million Series A funding round led by Transformation Capital. This new infusion of cash is expected to help the company grow its team and interpretation product.

“We created Jeenie as a mobile interpreting platform that connects you, the user, to a live interpreter on any device you already own for on-demand language access and cultural assistance,” Kirsten Brecht Baker, CEO and cofounder of Jeenie, told MobiHealthNews. “You simply open the app on your smartphone, or you open the URL on your tablet or computer. You select the language you need help with, and then you tap voice or video. And in about 30 seconds, live interpreters [are] online to help you.”

Jeenie landed its first investment in 2018 and officially launched at that time. Originally, the company focused on meeting the needs of tourists traveling in the states. However, over time, the company pivoted into healthcare due to COVID-19.

The app works in both D2C, or direct-to-consumer, and B2B, or business-to-business, models. A patient or a clinician can request services through the app.

“It is a tool that can be accessed by you, by me, by any patient, anywhere at any time, as long as they sign up for it. The app is simple. They just look at the interface, pick their language and go. Having said that, almost 90% of our customers are actually healthcare enterprises. So, we’re selling to doctors’ offices, clinics, hospitals and even a lot of the humanitarian organizations right now that do a lot of medical but are also kind of helping with immigration and refugee support. So, working in shelters, et cetera,” Baker said.

Users have the option to choose video or voice only. The service also has an American Sign Language option.

Baker said she sees this product as a way to help promote health equity. Recently, it was used to help refugees access healthcare in their language.

“We’ve seen a crazy wave of immigration and refugee support really kind of starting last year with the southern border. The shift in the administration really kind of prompted a lot of that. But at the southern border, what’s interesting is we had to spin up Guatemalan and Mayan dialect on demand because we work in all of the unaccompanied children’s shelters along the border. …  Now we’re obviously welcoming 100,000 Ukraine [refugees] to the U.S. soon, but we’re actually kind of diving into the Ukraine kind of issue, hopefully as part of the solution, and not just in the U.S., but to be on the ground at the border sites as well.”

“We’re pretty much increasing the entire team across the board,” Baker said. “So, we’re hiring sales. We’re increasing our client service and our client-engagement department.”

Baker notes that Jeenie is a tech-first company, and the interpretation service works through a gig model.

“I think what makes us really, again, special relative to the incumbent is we’re not just a service business kind of built on top of, again, all this heavy infrastructure. … So, we’re going to use a lot of that money to improve the technology, hire a lot of engineers and product people.”

Medical systems have been seeking new interpretation services to help patients access care. For example, Mount Sinai worked with health IT vendor Caregility to provide a number for the Language Line, which can then connect clinicians to an external vendor.

Are Transgender People at Risk of Breast Cancer?

Uniswap Price Loses Momentum, Are The Bears Back?

Uniswap Price Loses Momentum, Are The Bears Back?