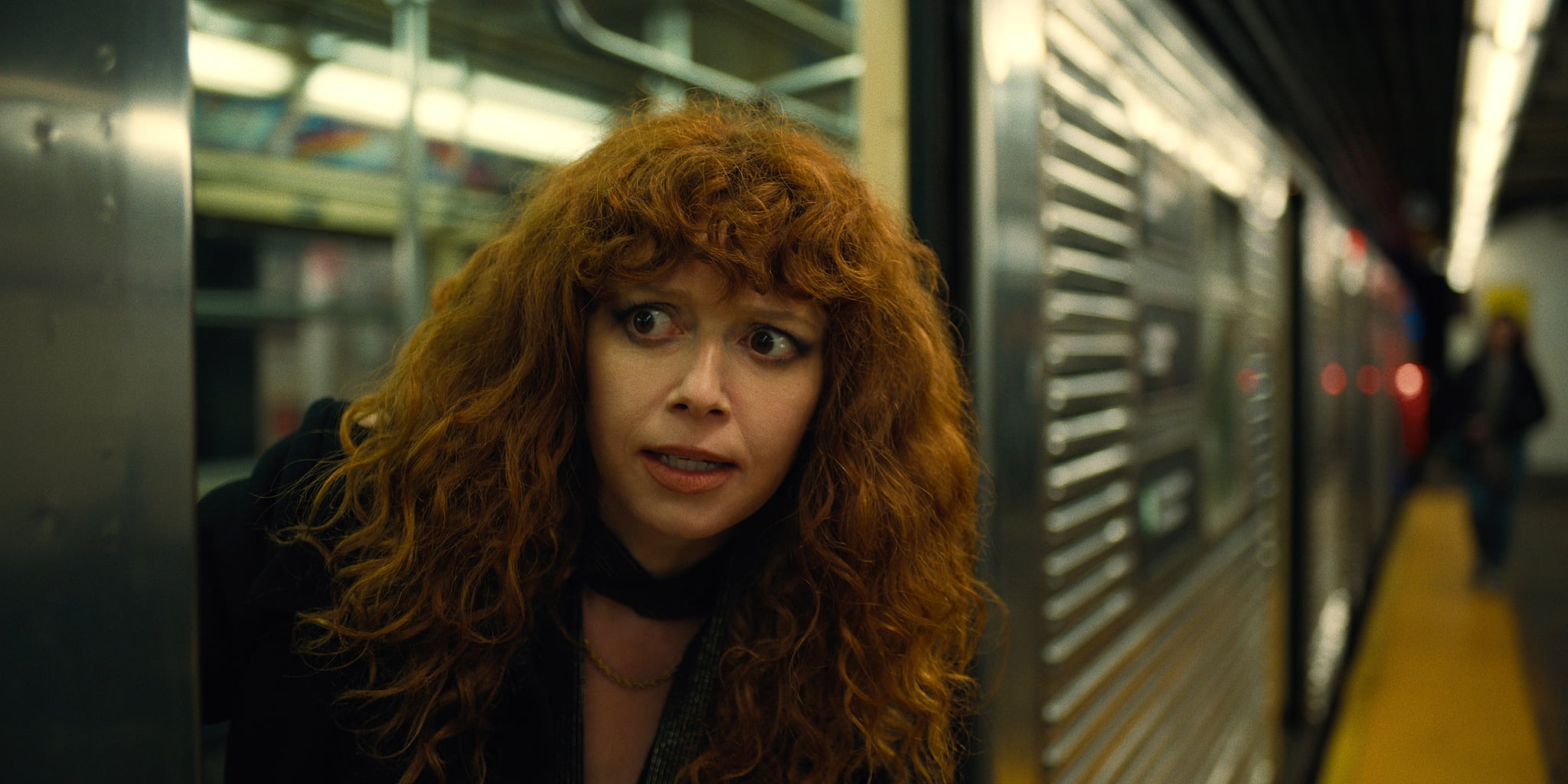 “Russian Doll” season two takes a chaotic look at life beyond death. The first season of the introspective show, which made its Netflix debut in 2019, enveloped us in a world where Natasha Lyonne’s character, Nadia Vulvokov, was perpetually forced to relive her 36th birthday, confronting her traumatic past along the way. Season two, which hit Netflix on April 20, picks up right where season one left off, giving us a glimpse at Nadia and Alan’s (Charlie Barnett) lives after they broke the time loop.

When asked what inspired season two after such a concise first season, Lyonne tells POPSUGAR, “I just think it was time for a deeper dive. I was curious about their root cause, in a way. If season one is about the question, ‘How do I stop dying?’ season two is asking the question, ‘How do I start living?’ . . . Ultimately, where I think season one was really grappling with the question of mortality itself, this season is really about the nature of time, time running out, and how we’re using our time in the here and now.”

Examining Lyonne’s question from a generational perspective, the second season reintroduces Nadia’s mother, Lenora (Chloë Sevigny). Like old snapshots in a family photo album, the storyline dives deeper into Nora and Nadia’s complicated mother-daughter relationship in a way that reshapes how we view their characters. As Nadia makes a resolute effort to change her mother’s past, and consequently offset a better sequence of events in her own life, she learns that time travel has its own set of rules.

“It felt satisfying, in a way, to get on set and really get to dissect [Nadia and Nora’s relationship] and dig into that, and to think about the question, ‘How could I help my mother before I was here?'” says Sevigny. “‘What could I have done to help my mother? [To help her] be a better person, a better mother?”

To answer this question, Nadia, who finds herself trapped in her mother’s body — “Freaky Friday”-style — at the start of the second season, sets out to retrace Nora’s steps before she blew the family fortune: a bag full of krugerrands, or South African gold coins. After running around the East Village as Nora, pregnant with herself, Nadia develops an obsession with WWII and realizes she has to dig deeper into her family’s Hungarian roots if she’s going to change her future. At the same time, she flickers back and forth between the past and present day, where Ruth, who was more of a mother to Nadia than Nora ever was, is dealing with health issues.

For Alan, season two shines a light on his relationship with his grandmother, who’s raised him since he was a child. Like Nadia, Alan reluctantly finds himself trapped in his gradmother’s body, forcing him to walk through Cold War-era Germany in her shoes and form a better appreciation for what she’s been through.

“I don’t think that [Alan] is living as his grandmother,” Barnett says. “He’s living as Alan with the joyous opportunity of being able to be in someone else’s skin — which happens to be his grandmother’s . . . He’s living as a woman of color in a time period when she’s an immigrant in a country she’s not used to, she’s a young student. In a lot of ways, I think he walks around with his own protections, and he has to kind of get slapped in the face to realize what body he’s walking through. It creates a different kind of compassion and understanding for him that he doesn’t take to into the very beginning. He has to be pushed into it.”

For Greta Lee, who plays Nadia’s best friend, Maxine, the concept of being caught in a time web is something she’d happily have her character endure. “It’s so funny because I don’t think she would care,” Lee says. “I don’t think she would mind it. In so many incredible ways, I don’t think it would change much for her at all. She’s so unfazed by things that would really throw me off my game.”

Reflecting on conversations with Lyonne during the production of season two, Lee adds that Maxine would have been equally unfazed in season one if Nadia had told her the truth about her birthday time loop. “We laughed a lot considering the possibility that she would just be like, ‘Oh, so are we going out still?'” she says. “It’s not because she doesn’t care, but she’s just so thoroughly herself and so in the moment that she is in precisely at that time. She’s really fun to play. We’re very different.” (Oh, and in case you were wondering, Maxine’s genius “Holy Willem Dafoe” line in season two’s “Station to Station” was completely ad-libbed.)

After a whirwind second season, could Lyonne and the cast come back with a third season to throw us for an even bigger loop? “That’s a spoiler — trust us, babies!” Lyonne says, keeping tight-lipped. For Barnett, whose character has also overcome leaps and bounds during their onscreen journey, the possibility of extending the series — like the possibility of being trapped in an infinite time loop — is never zero.

“Even if we’ve solved everything, even if you think that the bow is tied, it’s life. There’s always going to be more challenges.”

“If we’re following along the trend of this is us living, pushing beyond those boundaries, where do we go to grow?” Barnett says. “How do we see each other evolve more now that we’ve found a place to really be comfortable being who we are? There’s a beautiful opera called ‘Candide.’ Eventually, at the end of it, you realize work is the only thing that keeps people alive. We need to continue working if we want to keep surviving; you can’t just relax; you can’t retire early.” Relating the opera to “Russian Doll,” he adds, “Even if we’ve solved everything, even if you think that the bow is tied, it’s life. There’s always going to be more challenges,” hinting that this might not be the end for Nadia and Alan.

Gloomhaven is coming to consoles

Bitcoin Will Rebound In 2nd Half Of 2022, Says Bloomberg Analyst