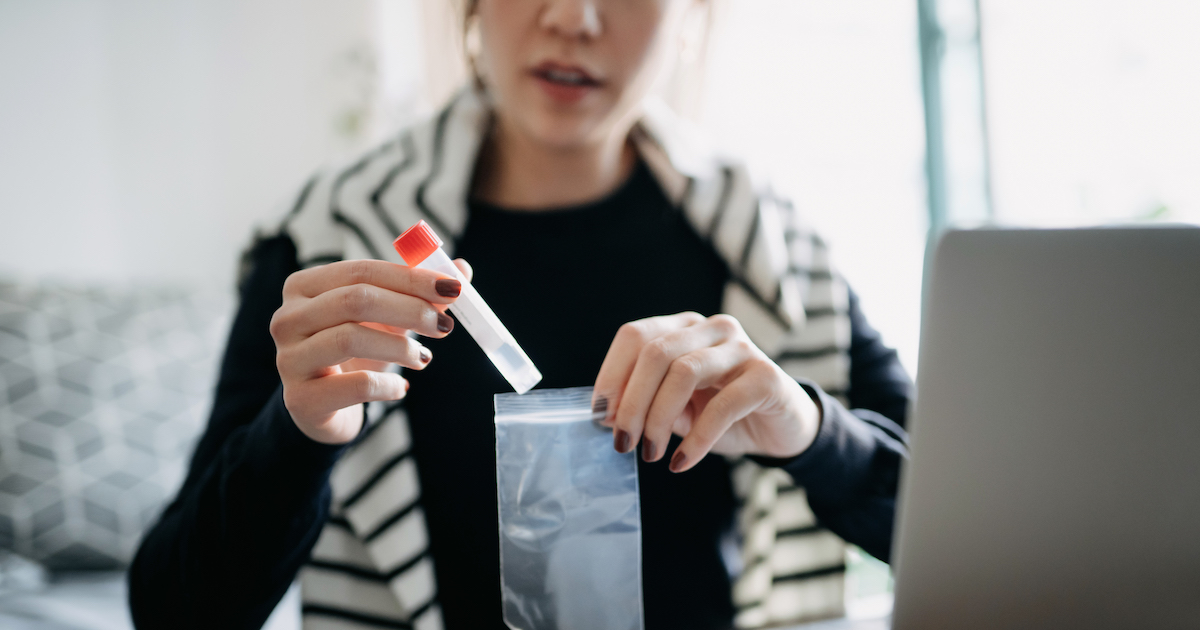 At-home diagnostics company LetsGetChecked announced Tuesday it has completed the acquisition of BioIQ, a company that works with employers and health plans to offer lab testing, health screening and vaccination services.

As part of the deal, which was first announced in November last year, BioIQ will operate as a subsidiary of LetsGetChecked. The closing comes weeks after the company revealed plans to move into the genomics space with the agreement to acquire Veritas Genetics and Veritas Intercontinental.

LetsGetChecked said the deal will improve its ability to offer its at-home testing services to payers, employers and public health partners.

“The future of healthcare is in providing high-quality at-home diagnostics and care that comprehensively serve an individual’s health needs throughout their whole life,” Peter Foley, founder and CEO of LetsGetChecked, said in a statement.

“With this acquisition, LetsGetChecked gains a trusted partner with an extensive knowledge base and a breadth of experience in serving health plans and employer markets to deliver healthcare solutions at scale.”

LetsGetChecked completed a $150 million Series D round in June 2021, bringing its total raise to more than $260 million.

There are a number of competitors in the at-home diagnostics space. EverlyWell, which is owned by parent company Everly Health along with reproductive health-focused Natalist, announced this week it would offer vitamins and supplements, as well as its at-home tests.

Cue Health is best known for its at-home molecular COVID-19 test, which it recently submitted to the FDA for De Novo clearance. The test received emergency use authorization in March 2021.

Labcorp, a traditional lab testing company, is also expanding its digital offerings. In late April it announced it was partnering with Getlabs for at-home sample collection. It launched its Labcorp OnDemand platform in February, where users can order tests and possibly collect samples at home.

Bounce Houses Bring Delight, But Injuries and Deaths Are Risks

Bitcoin Short-Term Holders Were Behind The Selloff To Below $36k