Few institutional shows have dwelled on the question of what happens to the convention of the muse when both an artist and their subject are women. “Women Painting Women” at the Modern Art Museum of Fort Worth is among the exceptions to explore that potent alchemy of talent, gender identity, and insight. Conceived by chief curated by Andrea Karnes, it features some 50 female-identifying artists spanning the 1960s—the earliest painting is by Alice Neel—to today.

In the show, hallowed names in feminist art are represented; among them are Faith Ringgold, Marylin Minter, and Paula Rego. Younger artists like Jordan Casteel and Apolonia Sokol are given prominent placement beside them. 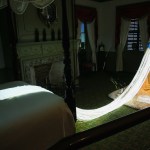 Earlier this week, Karnes was joined at Frieze New York by Marylin Minter and Jenna Gribbon, two artists in the show, for a panel discussion moderated by curator Alison Gingeras. Karnes spoke of her emphasis on people rarely represented in the art historical canon: Black, Brown, and Indigenous women, as well as elderly women, pregnant women, trans women, and people who reject the gender binary. Citing Linda Nochlin’s famed 1971 essay “Why Have There Been No Great Women Artists?” as her lodestar, Karnes spoke of wanting to “repoint to the idea of greatness.”

The show notably grapples with how the definition of “woman” has expanded, grown elastic, to better serve a diversity of self-representation, an aim that has also been advanced by recent shows of pre-20th-century artists like Artemisia Gentileschi and Berthe Morisot. Does the use of the term “woman” have the potential to exclude participants or viewers? Yes, inevitably, said Karnes. But the curatorial team made an admirable effort to make sure every artist included in the show consented to the definition.

“I told them ‘I’ll be in a show, but I’ll never be the only woman again,” Minter said, reflecting on her early career as the “token female artist” in group exhibitions. She pushed against the notion and counted a victory if the curator conceded to including one more woman.

Minter, a pioneer, and Gribbon, one of a number of artists pushing queer figurative painting in new directions right now, played off each other well. Minter explained that it was difficult for the men and women of her generation accept women working with sexual imagery.

“I think it comes from fear of the idea of agency,” she said. “If they’re young and attractive, they’re slut shamed.”

“But if you’re an old woman, you can do anything,” Minter continued, using the example of Robert Mapplethorpe’s famous photograph of Louise Bourgeois holding Fillette, a phallic sculpture she made in 1968. It’s an insulting notion that age abstracts a women’s body into something devoid of sexuality. “Having the agency to own images for pleasure is so threatening,” Minter said.

Gribbon, then, sits as testament to progress. She plainly lusts for her partner’s body in her paintings, in which thighs, nipples, and body hair are depicted in electric palettes. She labors to convey the eroticism of hands, critical instruments in queer sex. Though even faced with the evidence, some viewers still ask if she knows the sitter.

“People have a blindness for romantic relationships between women,” she said in disbelief.

The discussion returned often to the circulatory tendency of progress: some things change, most things do not. Minter wore a shirt that read “Abortion is Normal,” a reminder of the dire condition of female bodily autonomy in America. But behind her, projected on a monumental scale, were paintings of women, of the sort rarely entered into art history, in fantasies of peace.

LEGO Star Wars: The Skywalker Saga – Everything To Know

Next Exit Teaser Trailer Drops Ahead of Tribeca Premiere