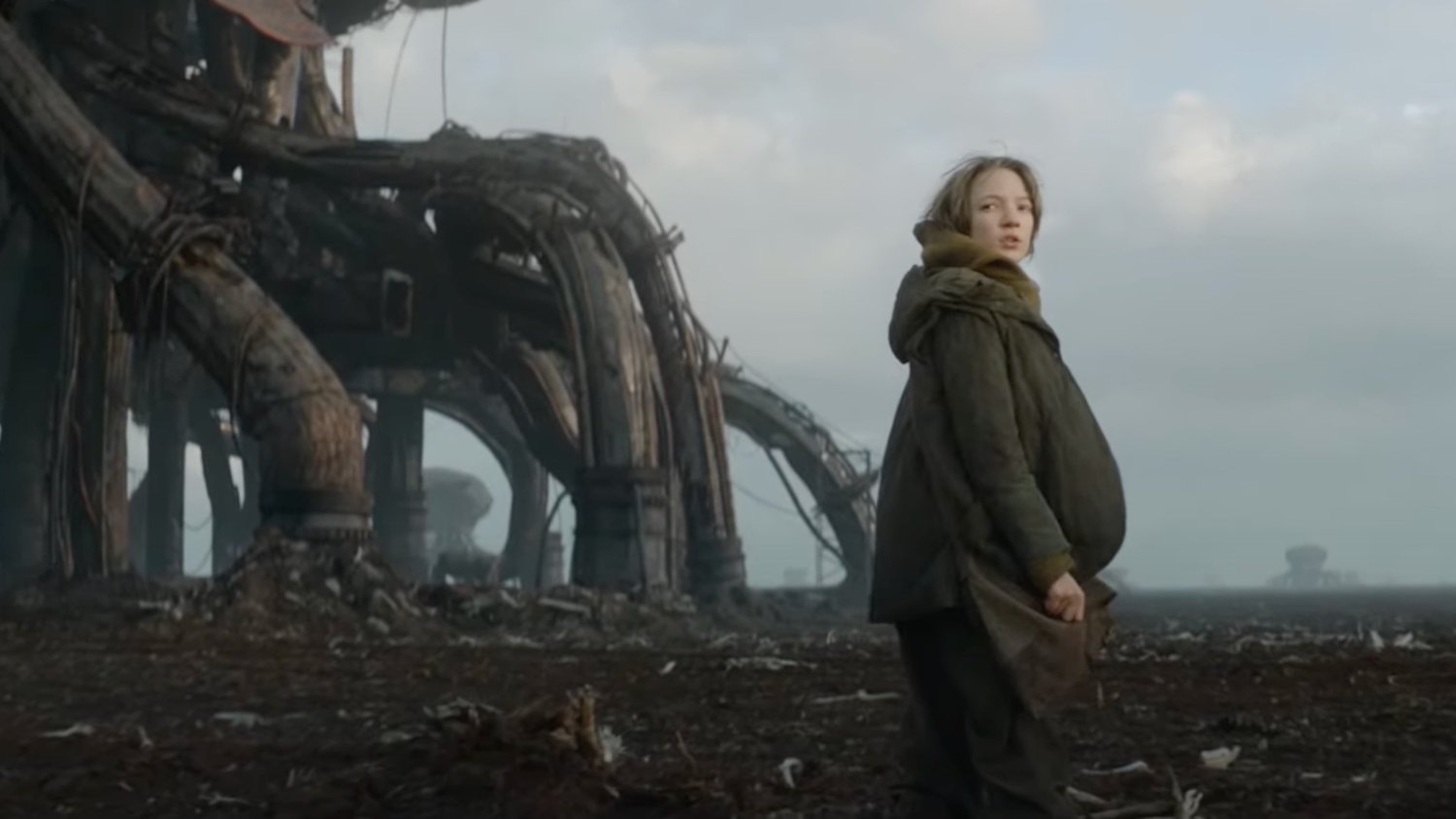 IFC Films has released a fascinating trailer for its upcoming sci-fi film, Vesper. The movie is set in a time after Earth’s ecosystem collapses and it follows a 13-year-old girl who is struggling to survive with her Father. She must use her wits, strength and bio-hacking abilities to fight for the future.

The movie has an awesome and impressive visual style. I really dig the look of this movie and it looks like it’s going to tell a good story. It’s explained: “By blending their vision of future technology, nature and hope, anchored around strong feminine figures, they refresh classic sci-fi themes to create a truly original universe.”

The story follows Vesper (Chapman), “a headstrong 13-year-old girl who uses her survival skills to subsist in the remnants of a strange and dangerous world with her ailing father, Darius (Brake). When Vesper finds a mysterious woman, Camellia (McEwen), alone and disoriented after an aerial crash, she agrees to help her find her missing companion in exchange for safe passage to the Citadel – the dark central hub where oligarchs live in comfort thanks to state-of-the-art biotechnology. Vesper soon discovers that her brutal neighbor, Jonas (Marsan), is searching for Camellia, who is harboring a secret which could change all of their lives forever. Forced into a dangerous adventure, Vesper must rely on her wits and bio-hacking abilities to unlock the key to an alternate future.”

The movie was directed by Kristina Buozyte (Kolekcioniere, Park ’79, Vanishing Waves). IFC will release Vesper in select US theaters and on VOD starting September 30th, 2022.

Rescuing “Virtue and Talents” Amidst the War on Tests

Twitter Appoints Elon Musk to Its Board of Directors: