A union representing thousands of Rolls-Royce workers in the UK has rejected the engineering group’s latest pay offer, which included a £2,000 cash lump sum to help with the cost of living crisis.

Unite, which mainly represents workers across industry, said the offer — which includes a 4 per cent pay rise — from the FTSE 100 group to its members “falls a long way short of the cost of living crisis claim submitted by our members and their expectations”.

Senior union representatives were in talks to “decide next steps”, Unite added.

The rejection comes 24 hours after Rolls-Royce chief executive Warren East made the offer to 14,000 of its staff and highlights workers’ concerns over the biggest squeeze on their incomes since the 1950s. It also comes amid public sector industrial action over pay.

New data published on Tuesday showed that consumer price inflation rose to a 40-year high of 9 per cent in April, while research company Kantar predicted that shoppers faced a £380 increase in their annual grocery bills. At the same time, household energy bills have soared and petrol and diesel prices have reached record highs.

The one-off payment would go to 3,000 junior managers as well as 11,000 unionised shop floor workers, who were also being offered a 4 per cent pay rise backdated to March. If accepted, the proposals would have cost about £45mn.

“This is a good deal for our colleagues that is fair and competitive, with an immediate cash lump sum to help them through the current exceptional economic climate,” the company said. “We will continue to talk to our people.” 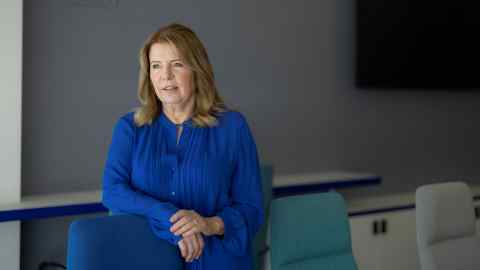 Rolls-Royce is one of the largest manufacturers in the UK, employing just under 20,000 people at its plants across the country, including at sites in Derby and Bristol. Other employers have decided to provide additional pay to help with rising food and energy costs in recent weeks. Lloyds Bank this month announced 64,000 employees would receive a £1,000 bonus.

East said in the memo to staff that a “simple wage increase” was “just not affordable and, in fact it would be irresponsible”, adding that it would damage the company’s “future competitiveness in the UK, by adding too much cost into the long-term wage bill at times of such high uncertainty”.

Rolls-Royce, paid by customers according to hours flown by aircraft fitted with its engines, took a big financial hit from the grounding of flights during the coronavirus pandemic. It cut thousands of jobs and was forced to shore up its balance sheet with £7.3bn of new equity and debt in 2020.

The company told investors in February that it expected to be “modestly” cash positive this year, with analysts forecasting it will generate £134mn in free cash flow.

What Are Philosophers of Education Even Talking About?

The Joys of a Curious Cinematic Mind

How Cosmos Could Outgrow Ethereum, Making The Case

Americans Try Many Things to Ease Chronic Back Pain

The Joys of a Curious Cinematic Mind