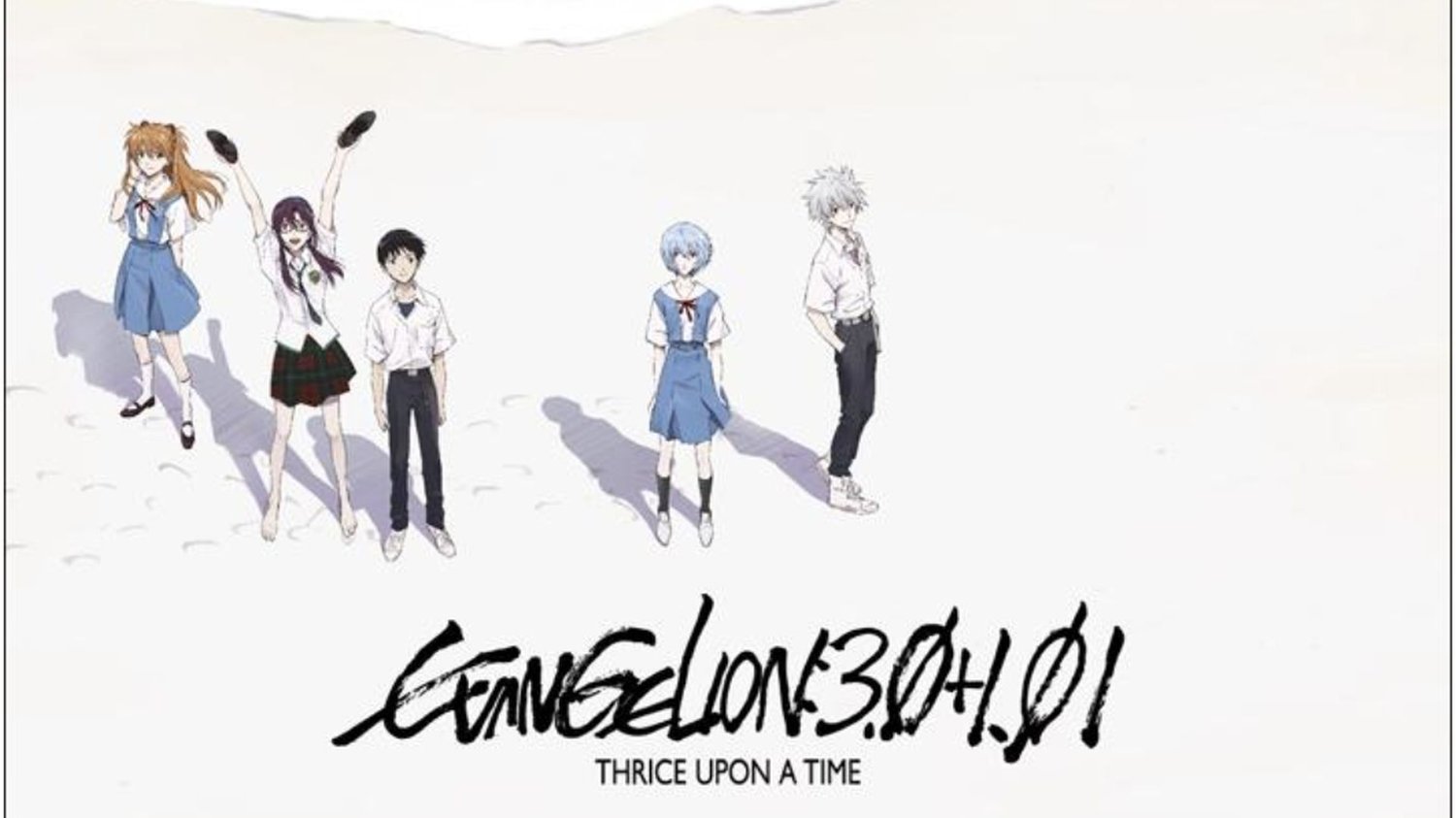 GKIDS recently announced that it secured the North American theatrical, home video, and EST rights for Evangelion:3.0+1.01 Thrice Upon a Time. This film is the fourth and final installment of the new Rebuild editions of the Evangelion series and saw a theatrical release in Japan in 2021. Now, GKIDS is able to bring the film to North American theaters for the first time later this year followed by a home entertainment release. Sadly, we don’t have exact dates yet, but stay tuned and we’ll update you when we can.

From legendary director Hideaki Anno, EVANGELION:3.0+1.01 THRICE UPON A TIME is the fourth and final installment of the REBUILD OF EVANGELION films, bringing an epic conclusion to the story of Shinji and his fellow Eva pilots, with the stunning visuals and thought-provoking storytelling that has made EVANGELION a global pop culture phenomenon.

Misato and her anti-NERV group Wille arrive at Paris, a city now red from core-ization. Crew from the flagship Wunder land on a containment tower. They only have 720 seconds to restore the city. When a horde of NERV Evas appear, Mari’s improved Eva Unit 8 must intercept. Meanwhile, Shinji, Asuka, and Rei (Provisional Name) wander about Japan.

GKIDS is honored to represent the epic conclusion of a story over 25 years in the making. Like with so many others, EVANGELION was critical in expanding my idea of what animation could be, and I look forward to joining other fans in theaters to celebrate the end of the saga with EVANGELION:3.0+1.01 THRICE UPON A TIME.

Thrice Upon a Time is helmed by chief director and screenwriter Hideaki Anno with directors Kazuya Tsurumaki, Katsuichi Nakayama, and Mahiro Maeda. The film was animated by khara, Inc. and has a runtime of 155 minutes. Are you excited to watch this movie in theaters?

How Many Kids Do Dwyane Wade and Gabrielle Union Have?

Howard says Kentucky is 'locked in' for SEC tournament