THE RINGS OF POWER — GeekTyrant 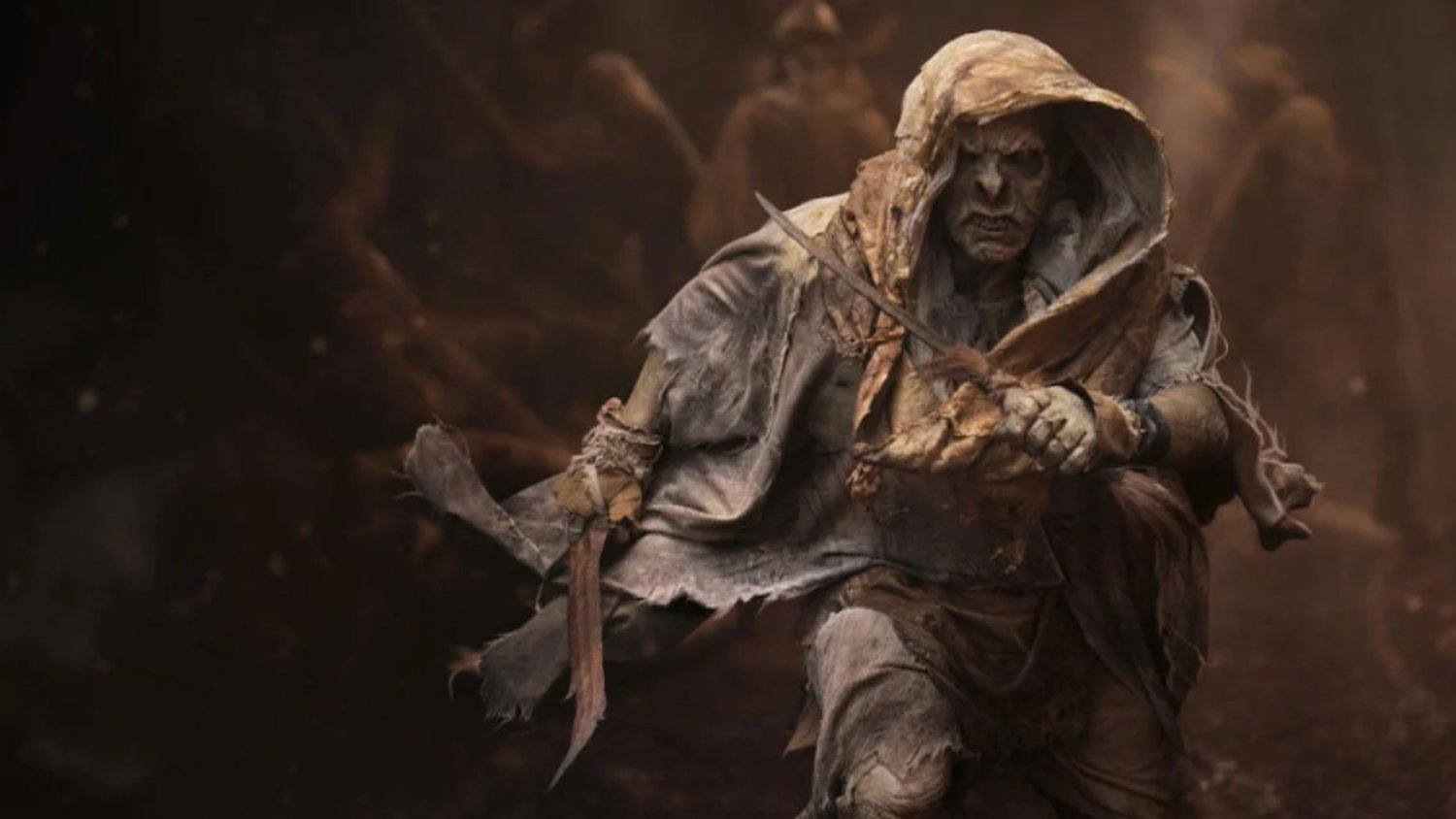 Thanks to IGN, we have several new photos to share with you from Amazon Prime Video’s upcoming series The Lord of the Rings: The Rings of Power. These photos offer a first look at the Orcs in the show, and they look pretty cool and gnarly! It’s explained that the creators of the series “intend to showcase the creatures more than ever before.”

At the end of Tolkien’s First Age, the Orcs were decimated nearly to the point of extinction in the War of Wrath. Since The Rings of Power will be taking place in the Second Age, we meet the creatures as they’re scattered across Middle-earth. Thousands of years before they become the earth-shattering force that helps level the realms of elf and man, Orcs are low in numbers, down on their luck, and fighting for survival.

When talking about the Orcs in the series, Lindsey Weber, executive producer on the series, said, “Well, I love Orcs. I love creature design, so I’m very happy to talk about this stuff. JD and Patrick — the showrunners — the very first page of their bible was about Orcs. They have a real passion for them, they love practical prosthetics and design, and they felt that they needed exploration given that this is the Second Age and thousands of years before the events of the Third Age. It was really important to them to treat them as their own culture and explore their world on its own two legs in its own right.”

Weber went on to say, “We spent a lot of time talking about what it would mean to be an Orc in the Second Age. It felt appropriate that their look would be different, part of a wilder, more raw, Second Age, Middle-earth, closer to where the First Age ends. As we meet them, they’re not yet organized into armies, they’re a little more scattered and they’ve been scavenging. So it’s just a different time in their total story.”

There are also female Orcs that will be introduced in the series and when talking about that, Jamie Wilson, head of The Rings of Power’s prosthetic department, said, “There’s some female Orcs that I truly loved. But there’s one Orc in particular, who’s very, very tall and strong, who has a particularly enjoyable fight with one of our Elvin characters that I suspect will be, or hope will be a favorite among fans.”

You can read a lot more about the Orcs over on IGN, but you can check out some of the images below!

The Lord of the Rings: The Rings of Power “brings to screens for the very first time the heroic legends of the fabled Second Age of Middle-earth’s history. This epic drama is set thousands of years before the events of J.R.R. Tolkien’s The Hobbit and The Lord of the Rings, and will take viewers back to an era in which great powers were forged, kingdoms rose to glory and fell to ruin, unlikely heroes were tested, hope hung by the finest of threads, and the greatest villain that ever flowed from Tolkien’s pen threatened to cover all the world in darkness. Beginning in a time of relative peace, the series follows an ensemble cast of characters, both familiar and new, as they confront the long-feared re-emergence of evil to Middle-earth. From the darkest depths of the Misty Mountains, to the majestic forests of the elf-capital of Lindon, to the breathtaking island kingdom of Númenor, to the furthest reaches of the map, these kingdoms and characters will carve out legacies that live on long after they are gone.”

Everything You Missed In The Xenoblade Chronicles 3 Direct

Theo and the Metamorphosis review – Leans towards Othering

What Happened in the Series Finale?

15 best things to do in Mykonos

The INDANA JONES AND THE TEMPLE OF DOOM Mine Cart Action Scene Used Dolls! Now I Can’t Unsee it! — GeekTyrant

15 best things to do in Mykonos