THE WAY OF WATER and He’s “Bigger, Bluer, and Pissed Off” — GeekTyrant 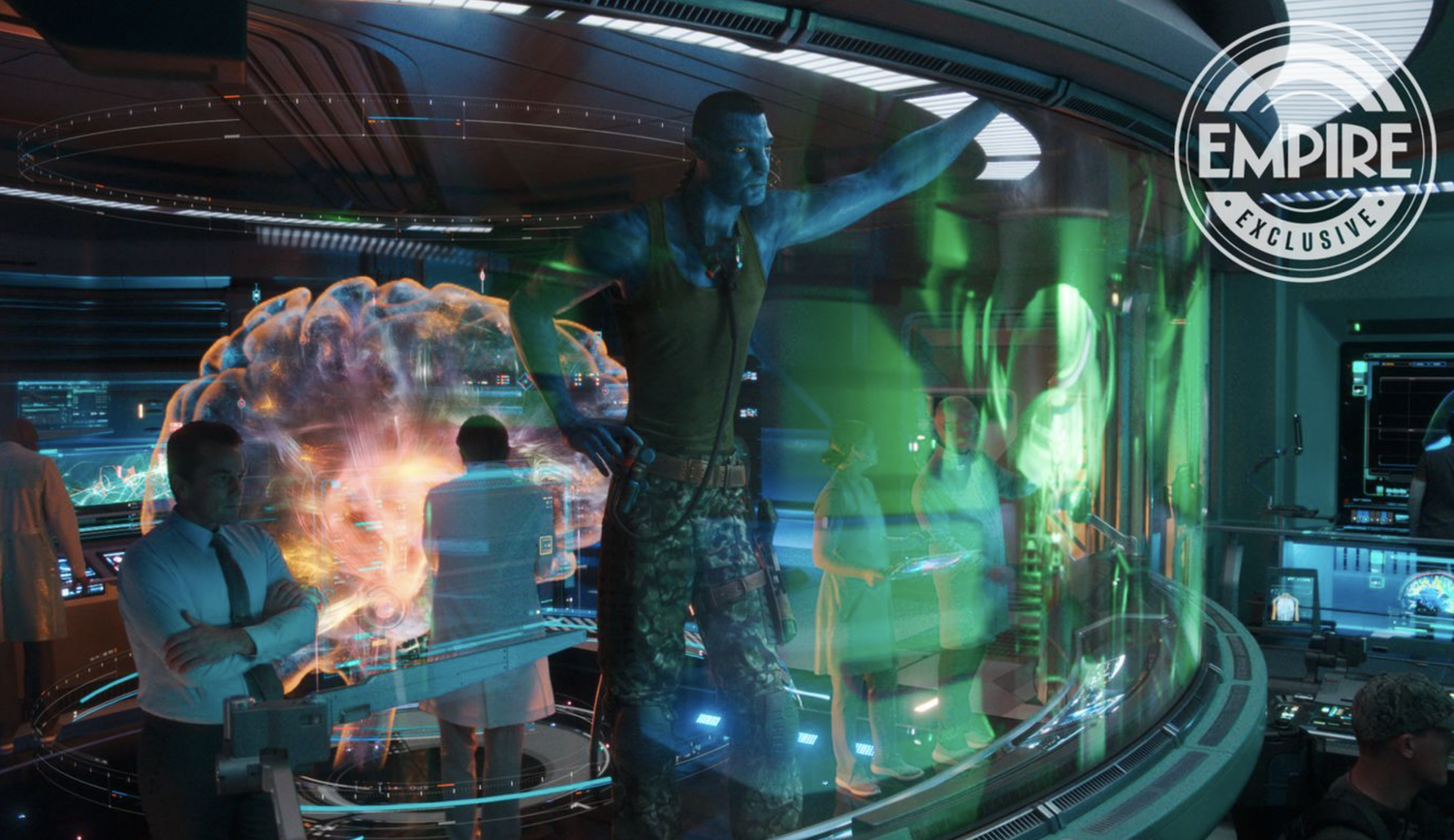 Thanks to Empire we’ve got a first look at Stephen Lang’s character in Avatar: The Way of Water along with some new details. Lang is back in the role of the villain Miles Quaritch, the barbarous military commander of the Resources Development Administration. Yeah, his character was seemingly killed in the first movie by a pair of giant arrows, but he’s back, and according to Lang, “He’s bigger, he’s bluer, he’s pissed off.” The actor went on to say:

“But there may possibly be an aspect of humility. When you take two Na’vi arrows in the chest, that’s gonna have some kind of effect on you. [He] was always a character who moved in straight lines and at right angles. But now he is as lithe as they come. He can move with the same kind of cunning and feral quality that any of the Na’vi can.”

Quaritch isn’t the only guy who gets the Na’vi upgrade in Avatar: The Way of Water, it’s explained that the “RDA has a whole set of Recoms, aka Recombinants – avatars embedded with the memories of human soldiers.” Producer Jon Landau goes on to explain the RDA’s motivation in the story, saying:

“They are combing back with an armada to take back the prized possession that they lost. This time, they’ve built an entire new city, Bridgehead, and are stripping away the resources of Pandora’s oceans – and they have a weapons-spewing 3D printing facility that means they’re even more tooled-up this time around. This is RDA scale.”

Lang was awesome in the first movie, and I’m actually looking forward to seeing him back in action in this sequel.

Giving Voice to an Artist Silenced too Soon

Skybridge Expects Bitcoin to Reach $300K in 6 Years — ‘You Are Going to See a Lot More Commercial Activities’ – Markets and Prices...

Giving Voice to an Artist Silenced too Soon

Skybridge Expects Bitcoin to Reach $300K in 6 Years — ‘You Are Going to See a Lot More Commercial Activities’ – Markets and Prices...