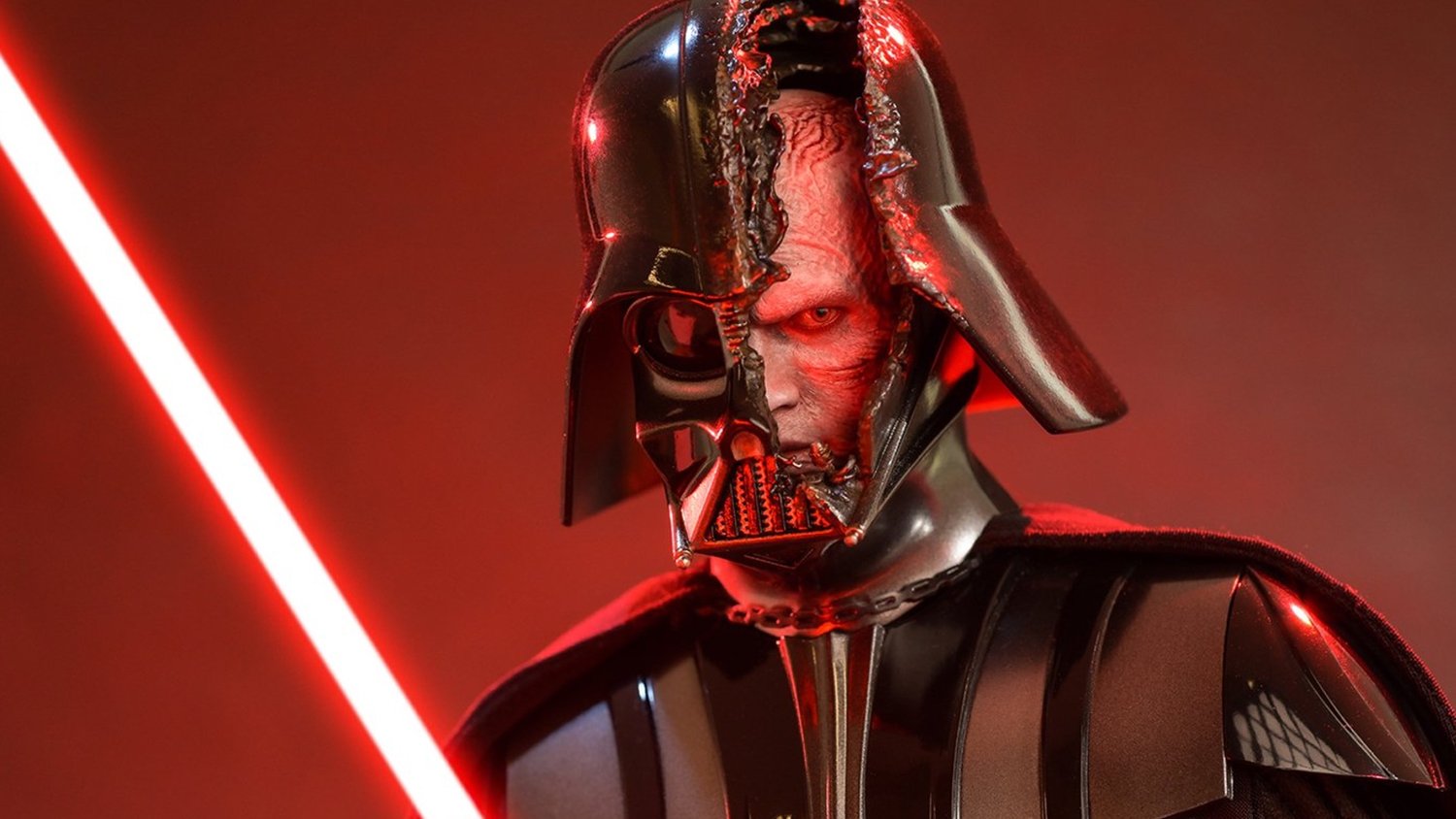 Hot Toys has revealed a new action figure from the Obi-Wan Kenobi series featuring a battle-damaged Darth Vader. One of the coolest features of the figure is the slashed helmet exposing Anakin Skywalker’s face underneath. There’s no doubt a lot of hardcore Star Wars fans are going to want to get their hands on this figure!

“You didn’t kill Anakin Skywalker… I did.” – Darth Vader

Following a brutal battle with Obi-Wan Kenobi™ on Mustafar™ that nearly killed him, Darth Vader is restored under the watchful eye of his new master, Darth Sidious™. Vader becomes fully consumed by the dark side of the Force and is on the hunt for Obi-Wan…

A Special Edition available in selected markets will offer a Grand Inquisitor hologram miniature and holoprojector as bonus items exclusively for collectors.

This new Darth Vader collectible figure is simply extraordinary and perfect for all Star Wars collectors!

Check out the photos of the figure below and let us know what you think! Are you gonna get one?

How many failed NFL coaches does it take to screw up Mac Jones?

‘They Are the Next Medium of Artistic Expression’ – Interview Bitcoin News