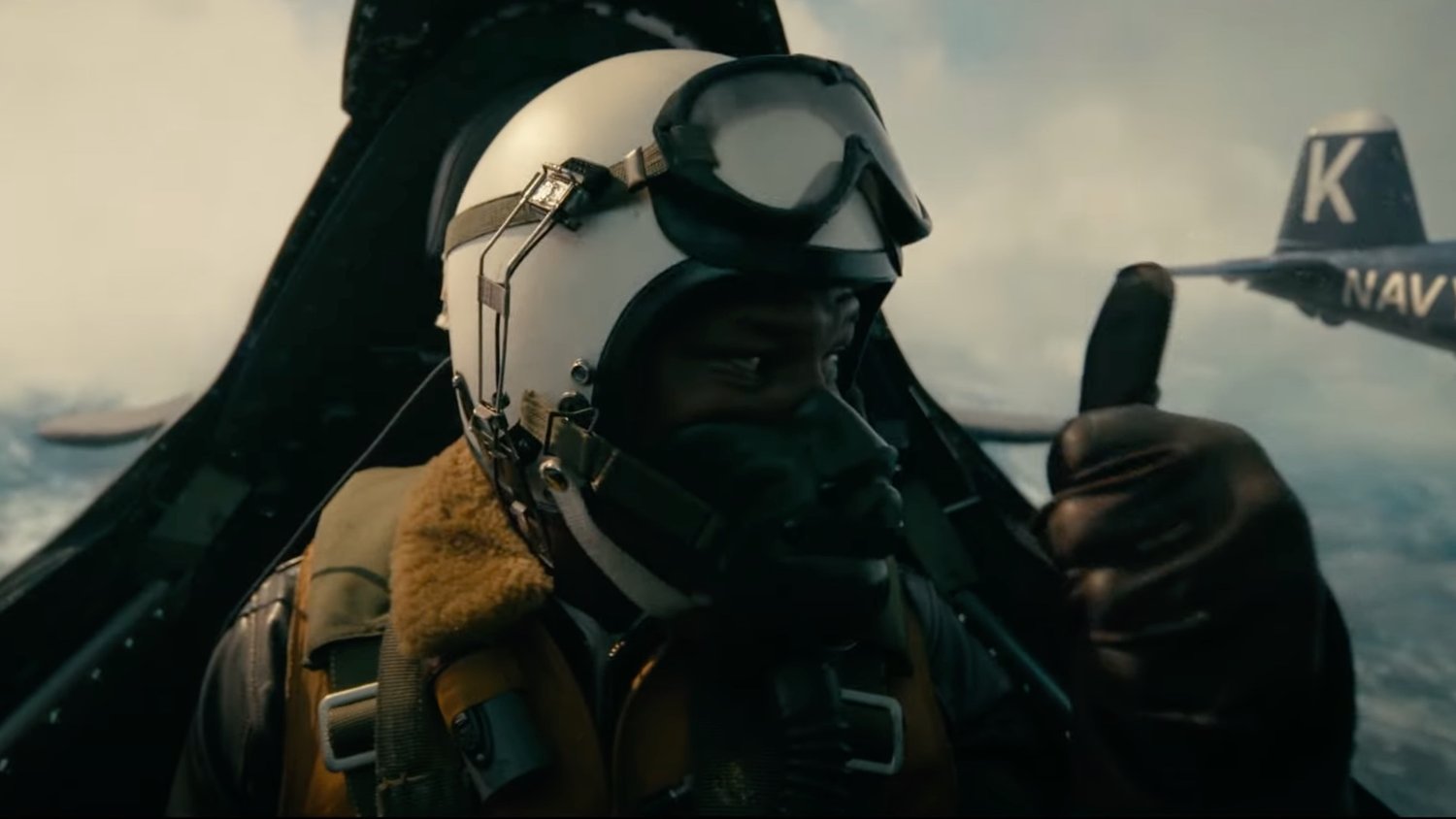 Sony Pictures has released another great trailer for the upcoming Korean war film Devotion. This movie looks like a stunning film, and it tells the incredible true story of the Navy’s first Black carrier pilot.

The movie is based on the bestselling non-fiction book Devotion: An Epic Story of Heroism, Friendship, and Sacrifice by Adam Makos, and it’s directed by J.D. Dillard. The cast for the film is led by Jonathan Majors (Loki) and Glen Powell (Top Gun: Maverick).

Majors and Powell take on the roles of famous aviator duo Lieutenant Tom Hudner and Ensign Jesse Brown, who was the Navy’s first Black carrier pilot. They fought with Navy Fighter Squadron 32. The film tells the “harrowing true story of two elite US Navy fighter pilots during the Korean War. Their heroic sacrifices would ultimately make them the Navy’s most celebrated wingmen.”

I love watching these kinds of movies as it’s always great to see the stories of these heroic men and women who fought in these wars told on the big screen. This movie especially looks excellent.

Devotion will hit limited theaters on October 14th, 2022, and will then open wide on October 28, 2022. Are you excited to watch this film?

10 Quotes That Perfectly Sum Up Michael As A Character

Everything to Know So Far

Mets pitcher Chris Bassitt is fed up with the new baseballs

Everything to Know So Far