So You Think You Can Dance: 10 Most Controversial Eliminations

The latest season of So You Think You Can Dance is currently on the air, and fans have already taken to Twitter to voice their disappointment at the choices in elimination. While So You Think You Can Dance is about seeing dancers become well-versed in more than just one style, many formally trained dancers have spoken out about the show’s choice of who is eliminated.

Until recently, Americans have voted for their favorite dancer. While this is a great way for viewers to feel included, it has resulted in the show finding America’s favorite dancer and not necessarily America’s best dancer. Due to this, there have been many dancers who left the show that left viewers outraged by the outcome, believing they left far too early.

The latest season of So You Think You Can Dance is up and running and one of the latest eliminations had fans taking to Twitter to discuss their outrage at Jordan’s elimination. Jordan has wowed fans with her jazz style and personality.

tWitch spoke about the reason for their decision and reminded the dancers that “you can be the most phenomenal dancer, but if you don’t find that spark to connect with the audience and have them engage and invest in your journey, it’s going to be really tough, and this goes beyond just the competition.”

Makenzie was a fan-favorite all throughout season 10 and a front-runner to win the competition. Because of this fans were sure that she was a shoo-in to win which is why when she was eliminated, fans were shocked. Even Nigel was surprised by her elimination and told her she “was his favorite dancer.”

Although Makenzie was eliminated in season 10, she came back for season 11 as an All-Star much to the happiness of her fans. After her elimination she has had a lucrative career as a professional dancer, even dancing alongside Hugh Jackman and Neil Patrick Harris.

Nico was a fan-favorite that was consistently put on the bottom despite being a good dancer and having many fans. In an interview with Reality TV World he said, “It was ironic kind of because I feel like the last few weeks that I — every time I landed in the bottom, I felt as if those were my best weeks on the entire show.”

After being put on the bottom consistently for multiple weeks, it was no surprise that between him and Tucker Knox who had a breakthrough dance choreographed just for him, the judges chose Nico over Tucker. It didn’t seem like Nico deserved to be on the bottom for most of those weeks, which is why his elimination was so controversial.

One of the most heartbreaking eliminations was Alex Wong who was by far the favorite of this season, if not in SYTYCD history. After lacerating his Achilles tendon, Alex was forced to say goodbye to the competition to recover from his injury.

After his elimination, the entire cast and crew cried at his departure. He had some of the most memorable and beautiful dances including a dance choreographed to Jeff Buckley’s Hallelujah that left Nigel speechless and emotional. After the show, Alex went on to have an extremely successful career and is a SYTYCD alum who starred in a movie, The Greatest Showman.

While it’s hard not to harp on the fact that SYTYCD isn’t about finding the best dancer but the favorite, this is one of those instances where the show was dead wrong. Anthony Burrell blew judges out of the water with one of his performances and the judges even said it was outstanding and better than Kent’s performance.

Despite this, Kent made it to the top 10, and Anthony didn’t which didn’t seem right. Fans felt that when someone is clearly better at dancing it seems odd if they aren’t picked to proceed. He even danced through a sprained hamstring. Anthony went on to be a successful celebrity choreographer, working with celebrities such as Beyonce and Mariah Carey.

Jim made it to the top 6 and was often the best performer, overall. The judges gave him a standing ovation more than once as well as praised his dancing on a weekly basis. He also had a touching backstory that pulled at the heartstrings of viewers.

This made his elimination quite shocking, as he seemed slated to win it all. Unfortunately, he lost a dance-off, he wasn’t voted out, making his elimination heartbreaking and seemingly a tad undeserved. His dancing skill paid off as he is now dancing for a company in Ohio, BalletMet.

While these contestants weren’t on the show long enough to be fan-favorites, they’re notable due to the fact that all three danced different styles of dance (Iveta was the only ballroom, Wadi was the only tap dancer, and Nick was the only break dancer), and all were eliminated together during the first elimination round.

So You Think You Can Dance is known for being one of the best TV dance shows and for having a well-rounded cast of versatile dancers, so to see three different styles taken out so early on was shocking. It didn’t leave much diversity in dancing, which allowed the dancers whose style was contemporary to excel.

Benjamin was on season 16 of So You Think You Can Dance and placed in the top 8. He was an immediate fan-favorite and even though viewers felt like he was a strong dancer, they liked his personality and charm more than his talent.

Because of this fans were not happy that he left, as one Redditor bumpisthename said, “I thought Benjamin was the best guy by far and I kind of don’t want to watch it anymore if they keep Ezra over him.”

Lindsay was a shocking elimination because she had proven herself to be a better dancer than Witney, and, despite Witney being in the bottom three times, Nigel continued to save her. America seemed set on getting Witney out and saving Lindsay, but the judges thought otherwise.

Lindsay has made quite the name for herself after So You Think You Can Dance, however, as she joined The SYTYCD tour and then Dancing With The Stars in 2013, becoming one of Dancing with the Stars best professionals, almost immediately after the SYTYCD tour.

Season 13 was an interesting one, as it was the first time that kids aged 8-13 were allowed to compete. The kids were absolutely phenomenal to watch, and viewers were devastated when Jordan and Jake were eliminated. Jordan had performed one of the most breathtaking dances in the episode, so when she got eliminated, it hurt.

Jake was a fan-favorite from the get-go, as he has a huge personality and smile and could dance impressively. He was 13 at the time of competing but danced much larger than his years. It’s hard to watch young people feel crushed that their dream may be over, but these kids have so much star power they surely have little to worry about. 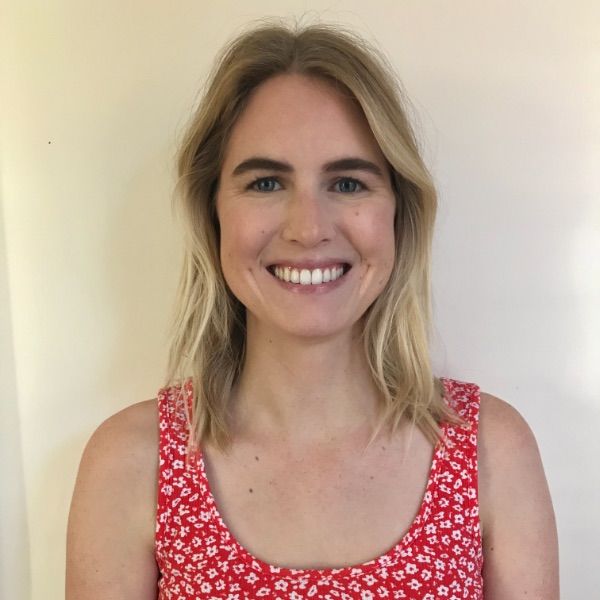 Hanna Glafke is a content writer with a Bachelor’s Degree in English Literature and an emphasis in technical writing. She loves analyzing a piece of work while at the same time formulating the perfect sentence for a given project or essay. Her degree has allowed her to hone skills in multiple avenues of work, including social media management, copywriting, video editing, and web design. An avid reader of books and lover of TV shows and movies, she loves being a part of fandoms big and small, discussing popular TV shows and hit movies, and can talk endlessly about her newest favorite book (it changes weekly). When she is not working, she can be found reading and cuddling with her cat.