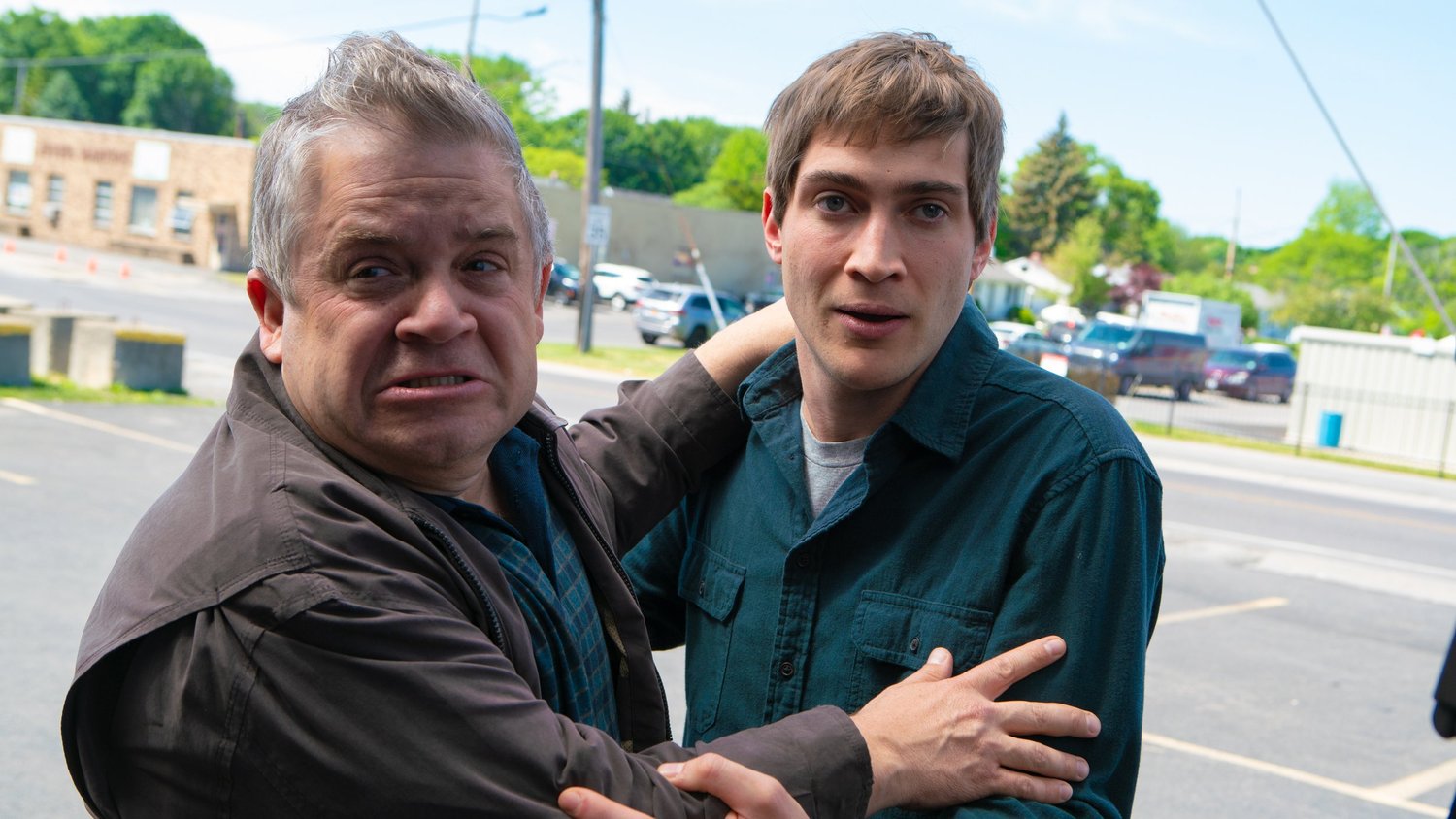 I got the chance to watch I Love My Dad ahead of its release this week, and the movie had me feeling every emotion possible. The film is written and directed by James Morosini in his sophomore outing as a filmmaker. He also stars in the film, which tells the true story of the time his own dad made a fake Facebook profile posing as a beautiful young woman and entered into a fake relationship with him so he could be close to him again after James had blocked him on social media and blocked his phone number for being a shitty dad.

As the story unfolds, with Patton Oswalt playing his father, Lil Rel Howery playing his dad’s best friend, and Rachel Dratch playing his dad’s girlfriend, there is so much awkward comedy that hits so right in the movie! It’s full of cringey moments that I’m sure were difficult for Morosini to sort through when he was going through it all, but he turned it into a fantastic story.

Morosini’s character, Franklin, plays a young adult who is just coming out of a hospital where he was being rehabilitated after trying to complete suicide. He’s in a fragile state, and it’s so heartbreaking to see what he goes through. Oswalt’s Chuck is a clueless and selfish man who seems to learn a few things about himself and relationships along the way.

It’s pretty crazy because in most movies, you know the formula, so you know there will be some sort of conflict, but you don’t usually know exactly how it will play out. In this movie, you do pretty much know exactly how it’s going to go down, but it’s still really intense and hard to watch. It was a real roller coaster, but I was here for the ride.