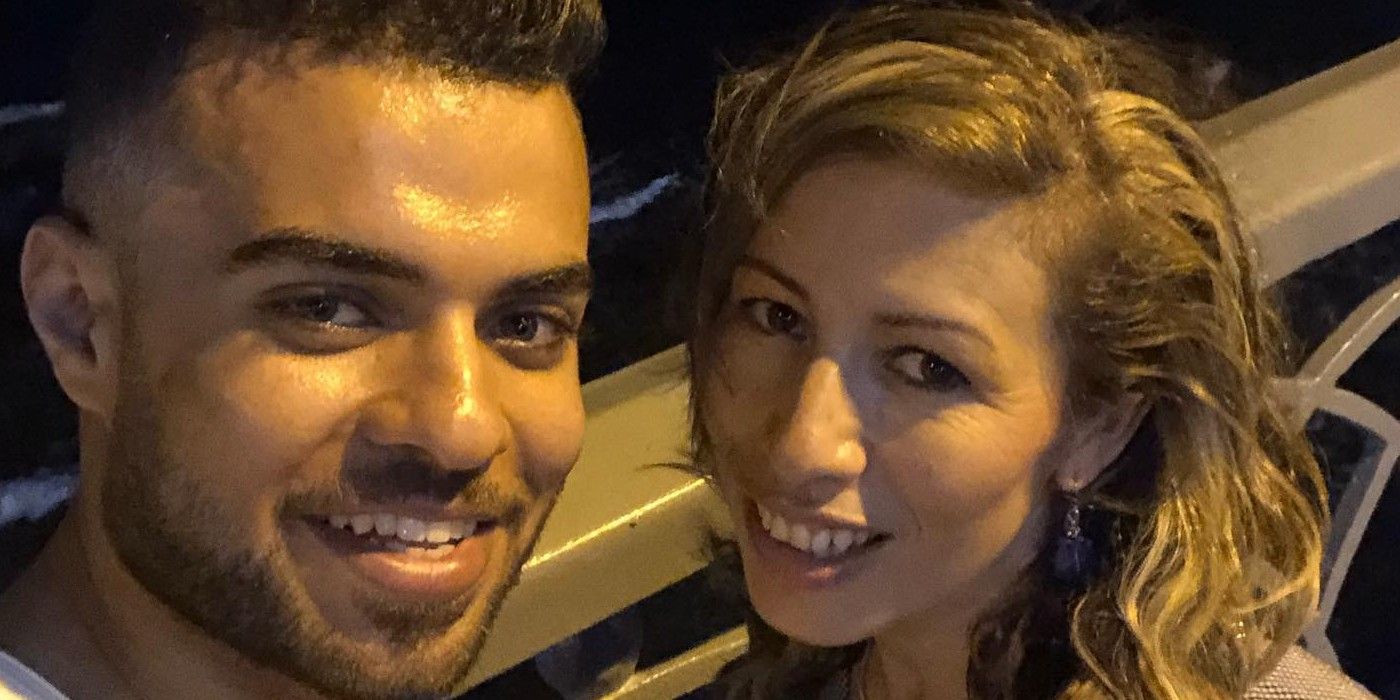 Yve Arellano and Mohamed Abdelhamed shared a lovey-dovey video from their vacation, which seems to have left 90 Day Fiancé fans confused about whether the couple is still together or not. In 2022, 90 Day Fiancé season 9 introduced Yve, who works as a licensed acupuncturist and massage therapist, and her Egyptian partner, Mohamed, to viewers. Yve being 48 years old and Mohamed being 25 years old was a major red flag. Mohamed had DM’d Yve after seeing her swimsuit photo and lost his virginity to her when they first met. But upon moving to the U.S. Mohamed expected Yve to follow his religion and traditions.

Yve and Mohamed clashed over various issues, such as their wedding date, and her friends, whom he openly admitted to disliking. Yve made every effort to make Mohamed comfortable, but he seemed to want a mother, not a wife. Another one of Mohamed’s many demands was a green card, which he wanted ASAP. When he realized Yve could reconsider her decision to get married to a man who was willing to look for a new sponsor, Mohamed did some backtracking and apologized before proposing to her. Mohamed becoming a new person overnight seemed sketchy to 90 Day Fiancé fans, who still warned Yve about it without realizing the show wasn’t taking place in real time. Yve and Mohamed had already married months ago, but then, some alleged texts between Mohamed and some suspicious woman he was texting behind Yve’s back surfaced online.

Related: 90 Day Fiancé: The Real Reason Mohamed Fell In Love With YveFans took this as a cue for Yve to finally break up with Mohamed. But her new Instagram video makes it look like she’s happier than ever to be with him. Yve posted a Reels video of her and Mohamed visiting New York City to film the 90 Day Fiancé season 9 Tell-All. She added videos of her hotel room, the city, and pictures of Mohamed hugging Yve, along with some images of them sitting in a car with her friend Rayhne Naldi. Yve wrote about how when she, her friend, and Mohamed are all together, they get involved in “so many shenanigans.” They laugh “all freakin day,” and there’s “straight comedy.”

Yve’s Instagram followers wrote things such as, “So happy for you both” and “You two make a cute couple,” under the post. Others complimented Yve for her new hair color. However, there were some comments like, “Bestie.. don’t you think you deserve better?” which received the most likes. Someone replied to it with, “fr like girl I know you saw all them screenshots.” The fan wrote that what Mohamed “probably told her is all fake.” Another TLC viewer referred to Mohamed as a “user” and warned their “sis” Yve that she will regret giving him papers for the rest of her life. “He’s really cementing that visa in America,” read a newer comment.

While Yve’s decision regarding marrying Mohamed on 90 Day Fiancé wasn’t approved by viewers, her efforts such as being a great mom to her son, Tharan, who has special needs, have always been appreciated. Fans want the best for Yve, who’s come across as one of the sweetest cast members so far in the franchise. But on the other hand, the accusations against Mohamed haven’t been proven nor confirmed by the couple themselves. The unearthed WhatsApp messages may suggest Mohamed has a new girlfriend. But is Yve trying to show that she isn’t bothered by the rumors or just trying to not break her 90 Day Fiancé contract by showing she and Mohamed are still going strong?

US lifts Mexican avocado trade ban after threat to inspector

Washington seems intent on screwing up the Kristaps Porziņģis trade