House of the Dragon: Rhaenyra and Daemon’s Relationship 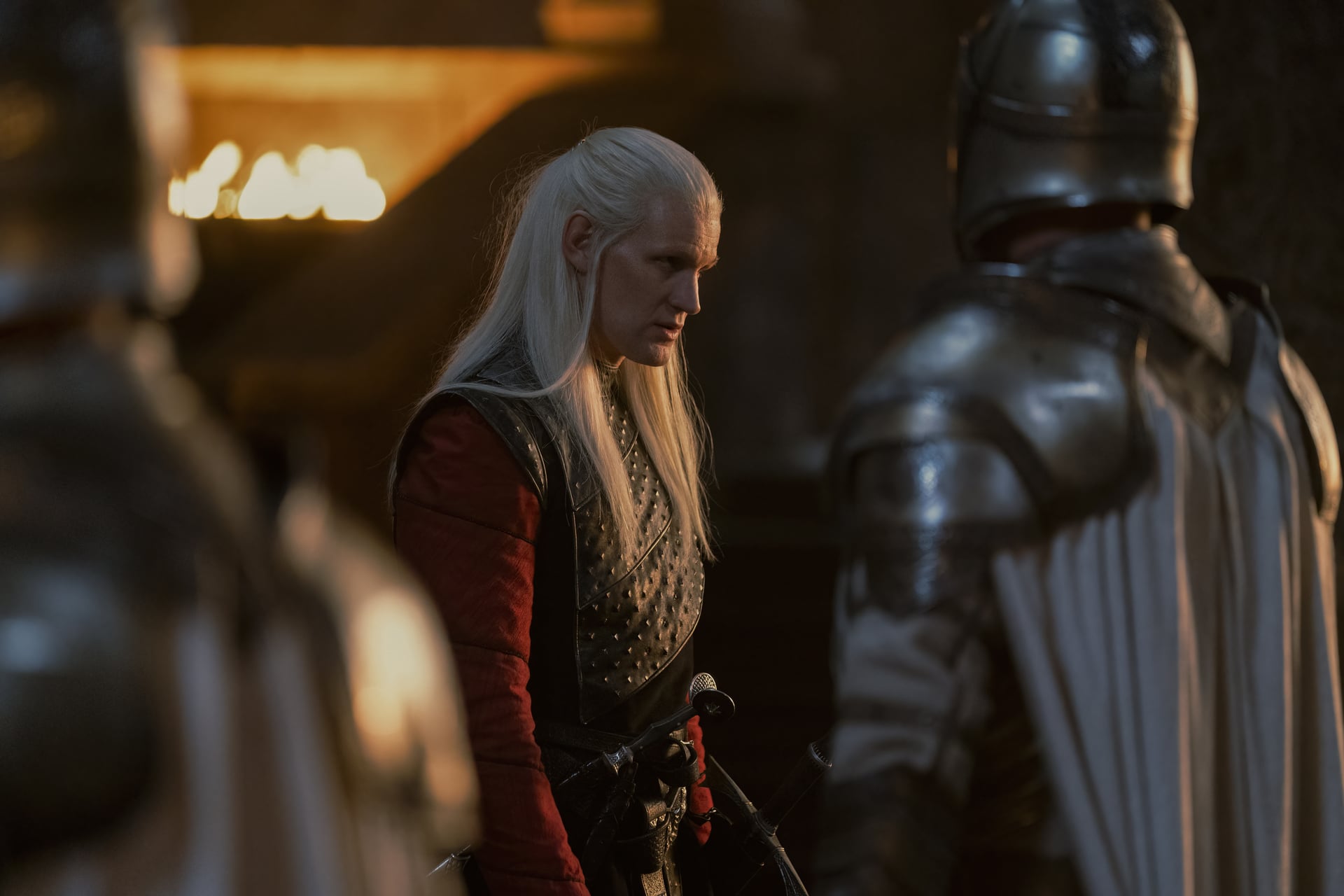 “House of the Dragon”‘s first episode lacks the explicit incest fans might associate with “Game of Thrones” generally and the Targaryens in particular, but it does include one very unsettling scene between Princess Rhaenyra Targaryen (Milly Alcock) and her uncle Prince Daemon (Matt Smith) where he gifts her a necklace and puts it around her neck. Alcock and Smith both speak to POPSUGAR about the scene and Daemon’s role in the Targaryen dynasty.

“Matt’s incredible. He’s such a generous actor,” Alcock says of her costar. “We also had to speak in High Valyrian. So that added a whole new layer of fun and mischief to play with.”

“But I wanted to make sure with Rhaenyra that she wasn’t aware of what she was feeling and she wasn’t fully aware of what this attraction meant to her because she hadn’t experienced love or sex yet,” Alcock explains. “So she didn’t know what was going on, but something was definitely going on, and she’s unaware. So I hope that me and Matt left quite an ambiguous scene.”

Smith also complimented Alcock and Emma D’Arcy, who plays the older version of Rhaenyra later in the season. “I think that casting has worked so well,” he says. As for the scene, he explains, “You want to bring a sense of authenticity to the scene. You want to honor what’s written and honor what George had in mind. And that’s what we both try to do. And that’s what we’ll continue to do as the season goes forward.”

Smith said he was drawn to play Daemon because there’s an “ambiguity to him.” He explains, “I think Daemon could quite easily be one thing, and I was interested in trying to subvert that, and I thought there was a strange fragility to him.”

“And I was really interested in the relationship with his brother,” Smith explains. Playing with Paddy Considine, who plays King Viserys, was also something that excited him about the part. “I think everything Daemon does is sort of . . . [because] he wants attention with his brother,” he says. “And similarly, his brother’s the king. So it’s given him this freedom to do what the eff he wants, and he knows that no one’s going to stop him because he knows deep down, his brother loves him quite deeply and he’ll never chop his head off. So Daemon just pushes the boundaries constantly.”

How that boundary pushing plays out in his relationship with his niece Rhaenyra, fans will have to wait and see.

Sign up for HBO Max now to watch “House of the Dragon.”

Who Said R&B Was Dead? Here Are 19 Songs That Prove The Genre Is Still *Chef's Kiss*

The Race to Tame Inflation Expectations