The state of Utah is suing President Joe Biden following a decision made last year to restore environmental protections for the Bears Ears and Grand Staircase-Escalante National Monuments in the state’s red-rock desert. Biden’s administration did so following a controversial decision made under the Trump administration to reduce the size of the protected sites in 2017.

A total of 1.87 million acres around Grand Staircase-Escalante was designated as protected land in Biden’s executive order, thereby reestablishing the 1996 boundary established by former president Clinton. Additionally, Biden expanded Bears Ears to 1.36 million acres, which is a minor increase from the area that President Obama laid out in 2016. 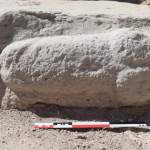 By contrast, in 2017, former president Donald Trump reduced the Grand Staircase-Escalante’s acreage by almost half its size, and Bears Ears by 85 percent. His decision was the largest reduction of federal land protection in U.S. history.

Thousands of archaeological treasures, among them ancient rock paintings, pottery fragments, and dinosaur fossils, have been found across both sites.

A lawsuit filed in U.S. District court last week by the Utah Attorney General’s office argues that Biden overstepped his authority granted by the Antiquities Act. The 1906 statute, which was signed into law by former president Theodore Roosevelt, gives the acting president the authority to create national monuments on federal land.

According to the lawsuit, the act allows the president to reserve the “smallest area compatible with the proper care and management.”

“The archeological, paleontological, religious, recreational, and geologic values need to be harmonized and protected,” the senators, congressmen, and Cox write. “Rather than guarding those resources, President Biden’s unlawful designations place them all at greater risk.”

Biden’s expansion of the sites, the politicians argue, “draws unmanageable visitation levels to these lands without providing any of the tools necessary to adequately conserve and protect these resources.”

They advocate for “a congressional solution” allowing for collaborations between state and federal agencies, tribal nations, and local governments to conserve and oversee the land.

Ultimately, they believe this arrangement “could better guard the area’s resources by ensuring tribal access to sacred sites, providing federal agencies with the management tools and funding they need, channeling visitation into appropriate protected locations, and giving local communities the funding and flexibility they need to thrive economically.”

Olympics women’s figure skating was the opposite of heartwarming