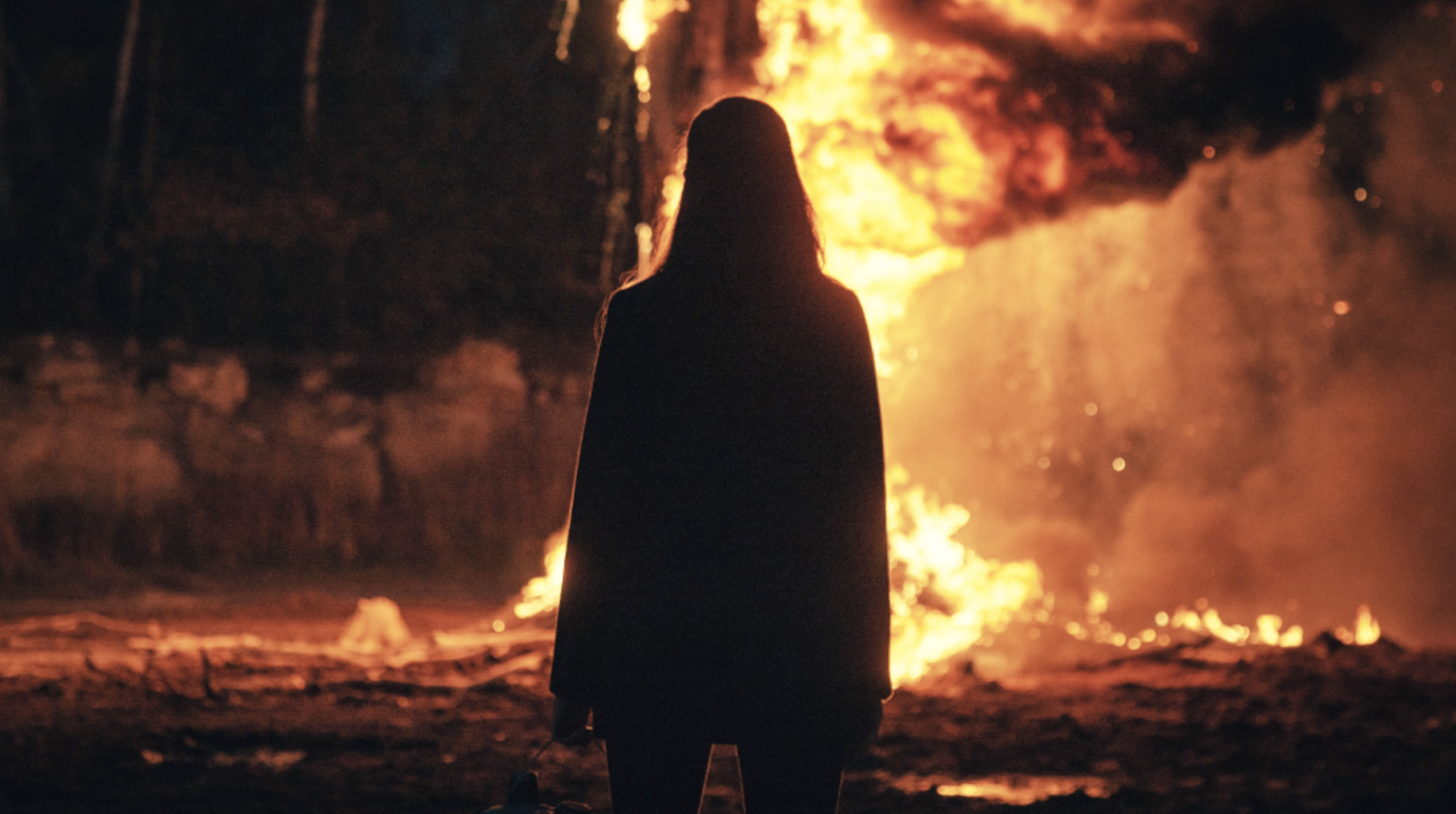 Director Brad Anderson (Session 9, The Machinist) has a new psychological horror thriller on the horizon titled Blood, and Vertical Entertainment acquired the rights to the film and shared a first-look image.

The film follows Jess (Monaghan), “a nurse and mother recently separated from her husband (Skeet Ulrich), who moves with her daughter Tyler (Jones) and young son Owen (Wojtak-Hissong) back into her old farmhouse. Shortly after settling in, Owen’s dog escapes into the woods and returns days later, blood-soaked and rabid. When he attacks and bites Owen, the resulting infection from the bite grows more alarming by the day as Owen’s behavior becomes frightening and deadly.”

It’s explained that as “he spirals deeper into the depths of the illness, Jess discovers a disturbing cure, which makes her question how far she is willing to go to keep her child alive.”

Vertical Entertainment Partner Peter Jarowey said in a statement: “Brad Anderson has delivered the quintessential horror film with a cast, led by Monaghan and Ulrich, that delivers on every level,” said “We are excited to be back in business with Hercules Film Fund and Rhea Films and feel this holiday counter-programming will thrill audiences long after we ring in the new year.”

The script for the film was written by Will Honley. I’m a fan of Anderson’s work, and Session 9 is a favorite horror film of mine. I’m curious to see what this one turns out to be. There’s no release date yet.

Do I Have Vaping Disease?

How the COVID Vaccine Altered These People's Lives

Bitcoin steadies as gold hits $2K, US dollar strongest since May 2020