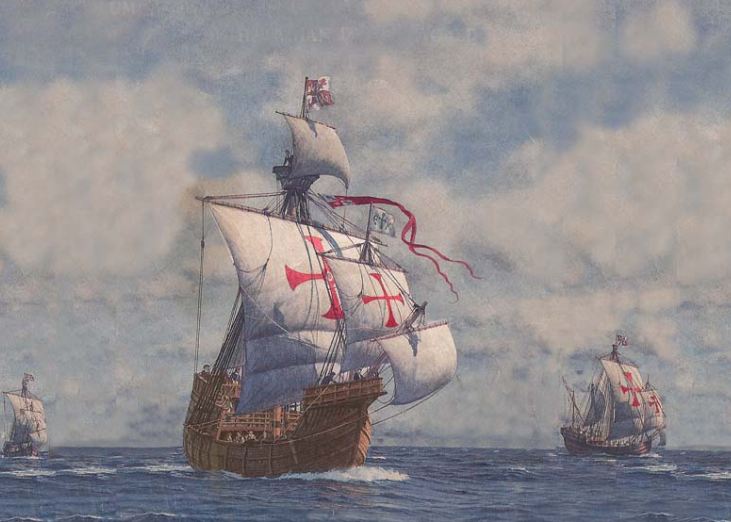 QUESTION:  I’m a subscriber and I read you every day. Your weekend article 9/10/22 that a gold standard will not work as gold fluctuates just as Fiat currencies do. Then what in your opinion is the proper currency model, or can we just simply keep printing dollars endlessly because for now, we’re the least dirty of all the dirty shirts? If you’ve done an article or book on this please guide me to it. Thanks and keep up the great work with such accurate insights. 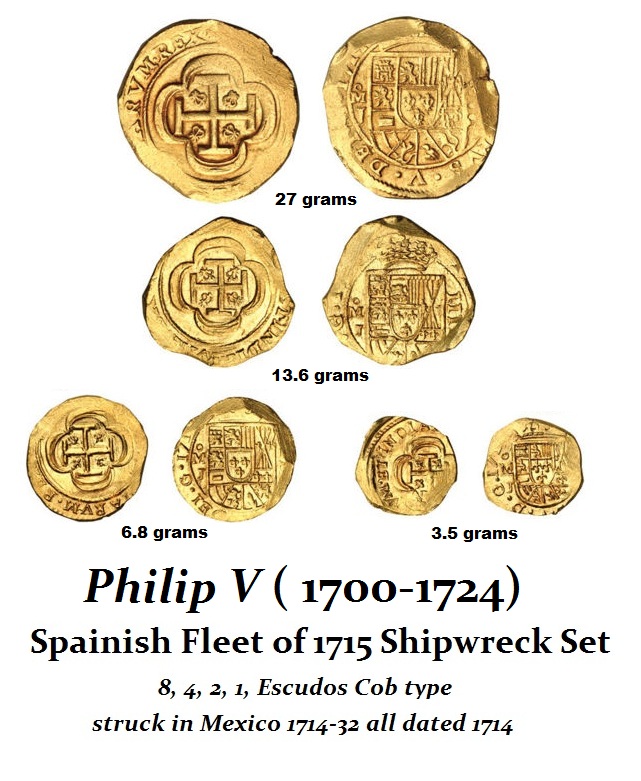 ANSWER: Don’t mix the problem of the quantity of money with what is actually money. They are two separate issues. The theory that inflation is tied to the quantity of money truly extends back to when metal was the money supply. The sudden discovery of America led to a huge wave of inflation in Europe. The FISCAL MISMANAGEMENT of Spain led to its total collapse. They were borrowing against the next shipload of gold coming in from the New World. They would not wait even to get it in, and they were so excited to spend it before it arrived.

Spain became the richest nation in Europe thanks to the wanderings of Columbus. Nonetheless, the amazing Decline and Fall of Spain is perhaps the greatest lesson if someone wishes to write “How NOT to Manage Government For Dummies.” The Spanish became both the richest nation and the greatest debtor, not that dissimilar from the United States, and succeeded in ending up as the poorest.

Spain became a serial defaulter beginning in 1557, followed by 1570, 1575, 1596, 1607, and 1647 ending in a 3rd world status without hyperinflation. Their economic model was one of conquest and plunder rather than developing domestic industry and a viable economy. The lesson to be learned from Spain is precisely what Adam Smith wrote in his 1776, “Wealth of Nations.” 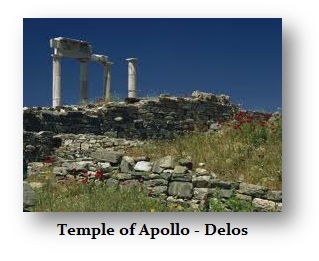 The first such default that is definitively recorded took place at least in the 4th century BC when ten out of thirteen Greek municipalities in the Attic Maritime Association defaulted on loans from the Delos Temple of Apollo.

The endless increase in the supply of dollars is not the problem. That is like blaming the gun for killing someone rather than the person with the gun. The issue has ALWAYS been the fiscal mismanagement of those in power.

This is an entirely SEPARATE QUESTION from what is money! 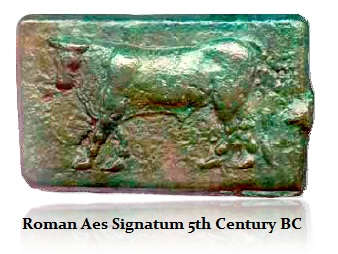 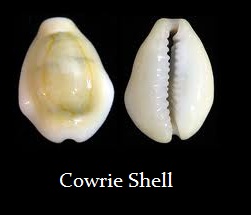 Our problem is NOT that money is paper. The problem is those in charge of the government. In China, cowrie shells were once money. In Rome, the earliest form of money was cattle. When bronze began to replace cattle, you see this Roman Aes Signatum with the image of a cow that was the symbol of money. The Egyptians had paper money, but they were receipts for grain storage which would change hands. There was no fiscal mismanagement.

To trade with the outside world, the Egyptians did not have their own coinage. They produced silver imitations of the Athenian Owl — Tetradrachms.

There have been many two-tier monetary systems throughout history. Even South Africa had the Financial Rand for international use and the Rand, which was restricted to domestic. Russia, after 1991, had some shares that traded as ADRs on foreign markets, which were 10 to 20x that of the shares traded on the Russian exchange, which were restricted to Russian investment. That is what the foreigners were abusing setting up shop in Moscow and then buying local shared and lobbying companies like Gazprom to adopt Western accounting standards to make a 30-fold profit while claiming they were some white knight concerned about corruption — all total propaganda.

Even going back further to the Minoans who created the Bronze Age, the ingots used in trade were made in the form of sheepskin, which had been money in the ancient Greek world. 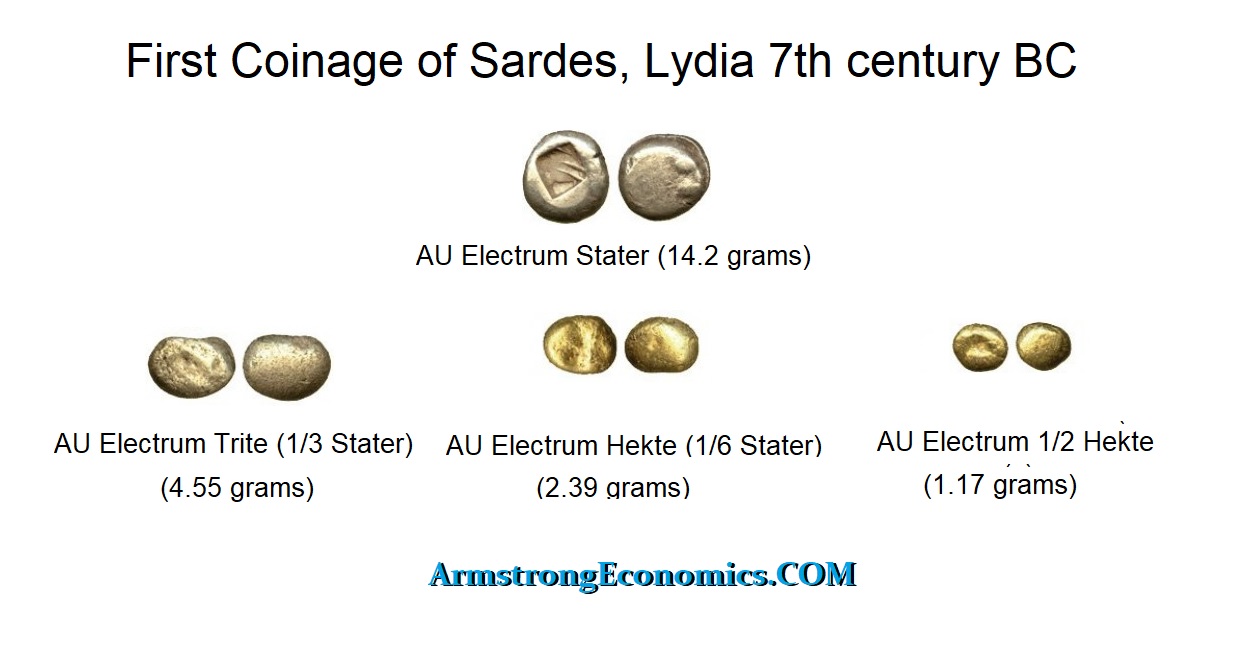 Gold was reserved for the pharaohs, so naturally, others wanted it. The Bible refers to the weighing of the silver in Genesis 23:16: “Abraham listened to Ephron; and Abraham weighed out for Ephron the silver which he had named in the hearing of the sons of Heth, four hundred shekels of silver, commercial standard.” Even a “Deutsche Mark” referred to a “mark of silver,” which was a weight. The same in Britain. The British “Pound” was one pound of silver .925. 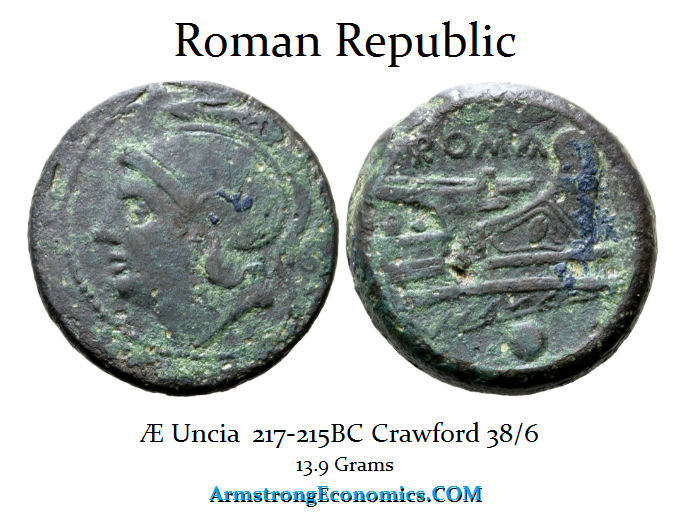 Our entire weight system remains that which was established in ancient Rome, with an ounce being 28.34 grams and a troy ounce being 31.0 grams. The Romans started with even a coin that was called the “uncia” during the Republic period.

Therefore, the problem with a “gold standard” is the goldbugs keep suggesting that gold would be “fixed” in value. They will only blow up in everyone’s face. There have been many crises.

Riots against bankers have been very common, especially when international lending has led to economic chaos. When Edward II (1307-1327) of England was captured, riots broke out in London. The mobs attacked the Italian bankers who had extracted huge interest payments from England. The famous Italian bankers at the time were the Bardi family. The English mob attacked their London office in 1326, illustrating the age of nationalism and protectionism that was festering during the 14th century. As much as things appear to change, they remain very much the same at the root core 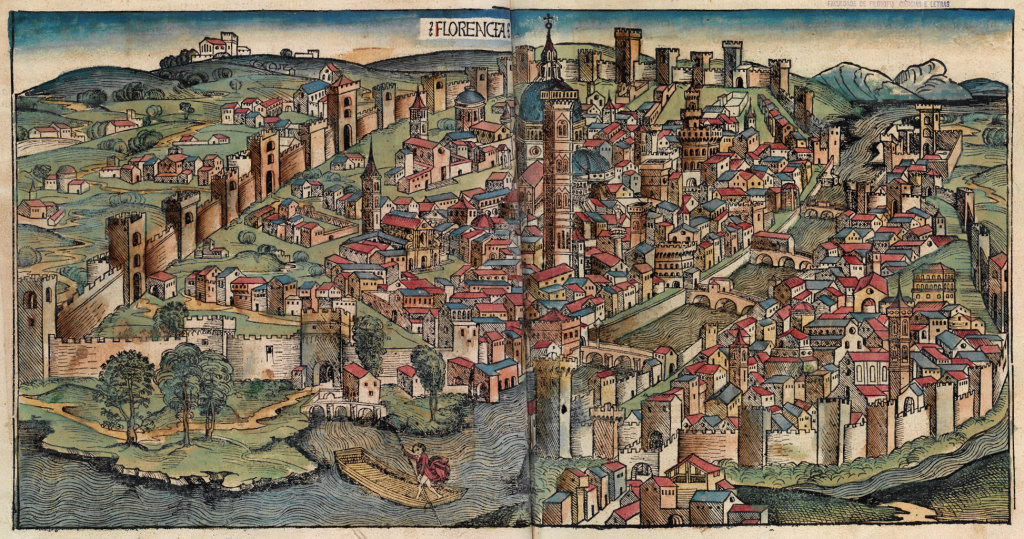 Those who think the gold standard brings stability must also believe in the Tooth Fairy. There was a huge CONTAGION that became widespread because of debasements during the 14th century. The silver to gold ratio was disrupted everywhere in Europe thanks to French debasements. The ratio stood at 13.1 in Florence compared to 12:1 in France during 1316 and was trying, like the Silver Democrats of the 19th US Century, to overvalue the price of silver. By driving the price of silver even higher relative to gold, they forced the ratio in France down to 5:1 in 1343, setting off riots in Florence. Silver was being drained from the local economy flowing to France, where it was over-valued, and this created a sharp recession in Florence with the shortage of money (silver) for domestic use.

Why? For you see, wages and local commerce were conducted in silver. Gold was used only for international trade. Driving the price of silver higher raised the cost of production, which simultaneously reduced the value of trade and even outstanding loans made to individuals and sovereigns alike. This caused a drop in production and rising unemployment. Hence, the first riot came in 1343, whereby the French debasement had contributed to the impatience of the population. Switzerland did the same thing pegging the franc to the euro because the franc was rising, and manufacturers threatened to leave. Hence, Switzerland has imported massive inflation, raising the cost of living and doing business there to TWICE that of the United States. 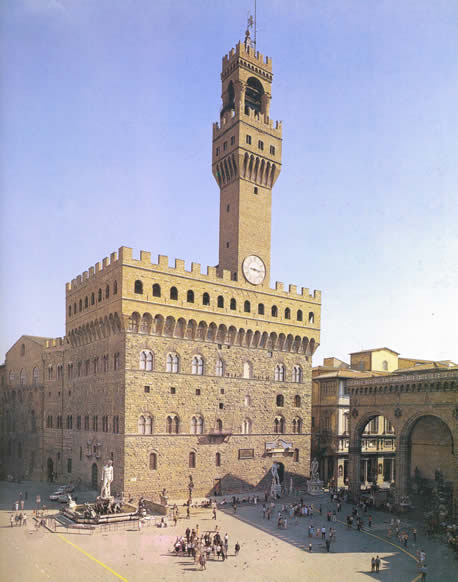 The Political-Economic Revolt of 1343 in Florence may have had its roots in a corrupt government, as we are also seeing in Europe and Ukraine, but it was set in motion by the economic events driven by over-valuing silver. There was an uprising of workers that erupted on September 24, 1343. The people stormed the palaces of the rich merchant-banking families located in the Oltrarno quarter of the city that was on the left bank of the Arno River. This was where the palaces of the Bardi, Frescobaldi, Rossie, Nerli, Mannelli, and many others were located. The rioters barricaded the bridges, and on the 25, they captured the palaces of the Rossi and Frescobaldi. They also stormed the Bardi palace forcing the members of that family to abandon their fortress and flee for their lives. The mob then sacked the Bardi Palace and set it on fire. Contemporary accounts tell us that the Bardi lost that day 60,000 florins in the destruction that took place in Florence – truly a vast amount of money that would be in the tens of millions of dollars today.

The Florence monetary system was a two-tier system whereby gold was used ONLY for settling international trade, and silver was used for domestic commerce. Those who simply think because coins were precious metals and thus were not “fiat,” yielding some land of Utopia where the value of money was constant while assets rose and fell, cannot grasp the simple concept that assets rise and fall ONLY in terms of purchasing power of the currency. This is true regardless of what you use for the money, be it gold or St Patrick’s discovery of slave girls that were the unit of account for money in Ireland.

No matter what is money, it CAN NOT be fixed in value. It must be allowed to float, for there are always trends that shift back and forth. Therefore, the relentless creation of money is not because they are paper dollars. As I said, you are blaming the gun rather than the shooter. This is fiscal mismanagement created by Marxism, where the politicians no longer know how to run for office without bribing the people for their votes. This is the system that is completely doomed, the very same as communism fell. It’s just our turn.

The Celtics need to stop the Warriors’ 3rd quarter runs