Union members comprising staff of the Philadelphia Museum of Art (PMA) are striking today as a warning to museum management. The one-day only strike includes more than 150 workers across nearly all departments of the institution.

This is the latest move amid a prolonged and contentious period of contract negotiations that began in October 2020 between the museum and its employees over health care, paid parental leave, and wage increases.

There have been a few tentative agreements but, as union president Adam Rizzo expressed to Artnet News, management has “been really resistant to making any changes to the status quo as it related to job security.” 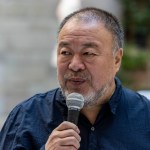 Workers voted to strike three weeks ago, after filing an unfair labor practice charge with the National Labor Relations Board accusing museum leadership of union-busting. PMA management is represented by the law firm Morgan, Lewis & Bockius, which critics have alleged engages in anti-union strategies.

Negotiations between the union and the museum have soured since the charge was filed, thereby prompting today’s strike.

“We expect that, after we show them that we can shut the museum down … [management] will come to the table,” Rizzo explained. “If they don’t, then we’ll reevaluate. We might have to escalate even more.”

A PMA spokesperson said in a statement, “The museum has devoted significant time and energy to the negotiations, and we have made considerable progress, reaching agreement on more than 25 substantive issues. We are disappointed that the union has chosen to strike, but we remain focused on reaching a fair and appropriate contract with the union.”

In August 2020, 89 percent of PMA workers voted to unionize just two days after the institution laid off 25 percent of its staff.

In January, the museum’s director and CEO Timothy Rub retired from his position, and his final two years were marred by controversy, like sexual harassment scandals and staff cuts, as well as highs like the completion of a monumental expansion project designed by starchitect Frank Gehry. (The former director and chief executive of the National Gallery of Canada Sasha Suda is expected to fill Rub’s role later this month.)

“This moment is a key turning point for the museum—and perhaps an opportunity for them to re-evaluate their position on a lot of things,” said Rizzo. “They should feel some pressure right now, and I’m hopeful they will come to the table in good faith and bargain with us.”

The Artists Amplifying the Voices of Iran’s Protesters

Michael Dango on the art of Igshaan Adams