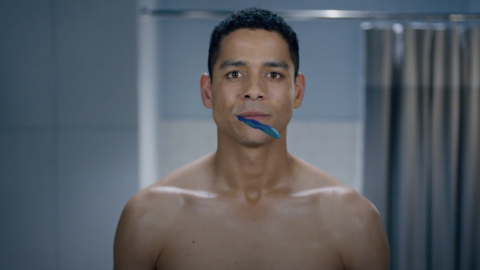 The Star Wars TV show The Acolyte continues to add to its cast. According to The Hollywood Reporter, Charlie Barnett, who starred on Netflix’s Russian Doll, is set to join the show. However, Barnett hasn’t closed a deal yet and there have been no official announcements made.

Should Barnett close a deal, he would be working with Russian Doll co-creator Leslye Headland again, as she is the showrunner, writer, and director for The Acolyte.

The rest of the cast for The Acolyte includes Amandla Stenberg, Jodie Turner-Smith, Lee Jung-jae, and Manny Jacinto.

The report didn’t have any word on who Barnett might play, but its sources said he will have a supporting role as opposed to a leading part. The show is set 100 years before the events of Episode 1: The Phantom Menace, but further plot details are not available.

The Acolyte is one of many upcoming Star Wars TV shows in the works. The next one is Andor, which premieres September 21 and will be followed by The Mandalorian Season 3 in 2023. Looking ahead, Spider-Man director Jon Watts is directing a new Star Wars show featuring Jude Law called Skeleton Crew, while an Ahsoka show featuring Rosario Dawson is also in the works.

For more on the future of Star Wars, check out GameSpot’s comprehensive overview of every upcoming Star Wars movie and TV show in the works.

Gundam Evolution is a fun, free, Gundam-y alternative to Overwatch