The Cost of Illegal Immigration 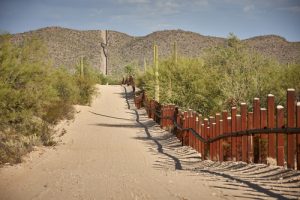 Former President Trump requested $15 billion to build a wall between the US and Mexico. Everyone called him a crazy racist and dismissed his pleas. The truth of the matter is that the wall would have paid for itself in a year. American taxpayers have been paying around $20 billion annually since Biden took office to support the massive influx of illegal immigrants.

The study by the Federation for American Immigration Reform (FAIR) conducted an analysis and found that each illegal immigrant costs taxpayers $9,232 per year to support. The actual number of people crossing the border is unknown, and the 1.3 to 2 million estimated illegal immigrants this fiscal year alone is understated.

FAIR noted that money spent annually to support illegal aliens would amount to providing every homeless veteran with $50,000 a year, for a decade. The funds could be used to hire an additional 330,000 teachers across the nation to help the shortage. These taxpayer funds should be invested in America.

Useless Vice President Kamala Harris insists the border is “secure,” despite tons of counties declaring an invasion and begging Washington for help. “The border is secure, but we also have a broken immigration system, in particular, over the last four years before we came in, and it needs to be fixed,” Harris said. This is truly laughable as one of Trump’s main qualms was securing the border.

Southern states have begun to send immigrants to “shelter cities” where they claim they will open their arms and wallets to all illegals. They have been terribly equipped to handle the massive influx of buses arriving in their cities, and the Democrats are crying that the Republicans are playing a dirty game. The truth of the matter is that these politicians do not see the true impact of the border crisis. Until buses of undocumented people arrive at their doorstep and they have to figure out how to help them, they are ignorant to the issue. Even Harris failed to visit the border after first being appointed as the border czar. The truth of the matter is that the Biden Administration has zero plans to fix the invasion crisis because they are hoping those who make it over will vote blue to stay in the US.

Are Gold Rubles Gold or Rubles?