Who escapes the great mortgage reset?

US mortgage rates hit 6 per cent this week, the highest level in 14 years, adding to fears about the housing market. But Americans live in a socialist paradise. Homeowners are shielded from rising interest rates by 30-year government-backed fixed deals. When rates fall, the mortgage can be refinanced, locking in cheaper payments. When rates rise, no pain is passed on.

Most of the world lacks this insulation. Refinancing at a higher rate is an increasingly grim prospect for individuals and companies alike.

Fitch has warned that borrowers in the UK, Spain and Australia are especially exposed, with between 42 per cent and 93 per cent of mortgages tracking central bank rates or with short-term fixed deals set to expire.

This sounds like bad news for the banks. But the consensus is the opposite: margins will improve as lenders jack up rates for borrowers while passing on crumbs to depositors. And this happy situation is supposedly durable because the system has been made safer since the financial crisis.

Alastair Ryan, analyst at Bank of America, noted that at the UK’s last serious housing downturn way back in 1989, some 58 per cent of first-time buyers borrowed at a loan-to-value ratio of 95 per cent or more. Last year only 0.2 per cent were permitted to borrow at that level.

Despite soaring prices in the interim, houses in Britain are selling at lower multiples of income than 33 years ago. Back then, homeowners were using their houses as cash machines, with mortgage equity withdrawal equivalent to 6 per cent of post-tax household income. This phenomenon has vanished; people make early repayments instead.

This conservatism on lending, much of it forced by regulators, may be dire for the prospects of young people hoping to buy a home, but it certainly buttresses banks’ balance sheets.

Providing further comfort, regulators put banks through annual stress tests to gauge their ability to endure an economic shock, which they generally pass.

But the real world never matches the forecasts. The last UK stress test in 2021 envisaged an unemployment rate of 12 per cent with low inflation. The reverse has happened.

Markets have consistently underestimated the level and persistence of inflation and the strength of central bank medicine required to cure it. At the same time as energy and grocery bills surge, mortgage costs will also be rising for more and more homeowners and landlords. This may not cause a financial crisis, but it is not hard to see it causing a housing slump.

On the corporate front, many of the largest borrowers have exploited the era of cheap money to extend maturity dates on their debt. High inflation shrinks the value of that debt over time.

But this ignores large swaths of the corporate world that are too small or too weak to tap markets for this cheap long-term financing. 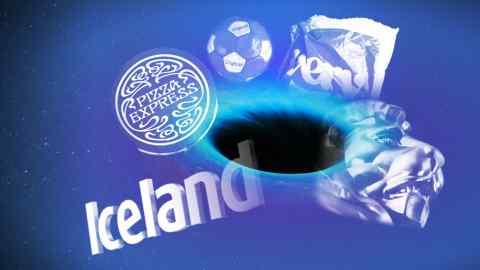 The Financial Times this week profiled some of the companies with bond yields trading at more than 10 percentage points above government debt. They include household names such as Bed Bath & Beyond and WeWork. Some of this debt is maturing in the next 12 months. A great deal more comes due in 2024 and 2025.

It is a worrying time for anyone without the luxury of a US mortgage.

Will There Be a Nope Sequel Film?

Love Is Blind’s Lauren Shares Message About Marriage to Cameron